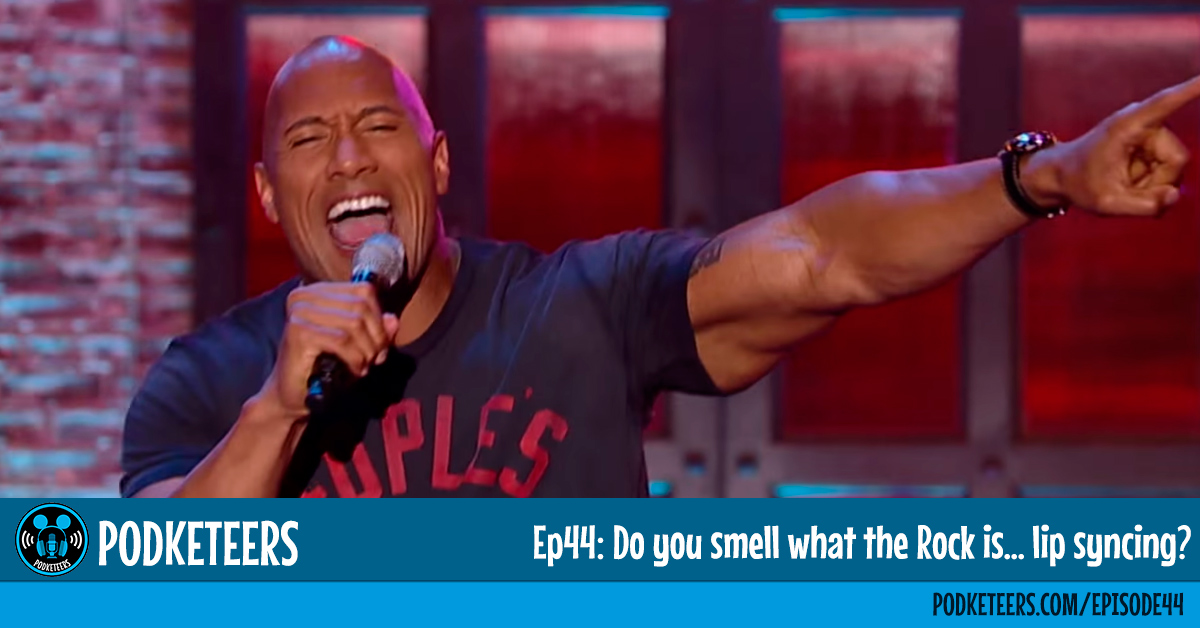 Ep44: Do you smell what the Rock is… lip syncing?

Before we get into anything else, let’s just start by watching the (almost) 2 minutes of upcoming Star Wars goodness that added $2 billion to Disney’s overall worth. Enjoy!

Lip sync. It’s fun to do and even more fun to watch when done right. Originally becoming popular on ‘Late Night with Jimmy Fallon’, the late night sketch got it’s own spin-off show on Spike TV as they were in the process of rebranding as they try to “diversify” their network. Here is a clip of the pilot which pitted Dwayne “The Rock” Johnson against Jimmy Fallon.

Here is one of the original clips from Late Night with Jimmy Fallon with Stephen Merchant and Joseph Gordon Levitt:

Ultimately, we were in agreement with Javier’s thought that the person that makes people laugh the most is the one that “wins” the lip sync battle. What do you think? Have you seen either the sketch from ‘Late night’ or the new Spike TV show? Leave your thoughts below.

Are you interested in doing a Podketeers Movie meet-up? We’ve talked about it before but thought it might be cool if we did it for Age of Ultron? Maybe Tomorrowland? Leave a comment below or a message on the Facebook post for this episode.

So what do you think about the TSA’s $900 million “SPOT” (Screening of Passengers by Observation Techniques) program? As we stated in the episode, some of the “signs” that were part of the 92-item checklist during training were whistling, excessive laughter, exaggerated yawning and wearing a disguise. Again, we totally support efforts that will make the parks we visit safer places, but would something like this ruin the experience for you? Leave a comment down below.

So. The measles at Disneyland. Yeah, remember that? The measles outbreak of 2014 at Disneyland has been declared over by the California Department of Public Health who recently stated that no new infections have been reported in about (by the time this episode posts) the past 50 days.

On a happy note, Heyzen met Holly Madison in the park this past weekend!

If you’re interested in pre-ordering Holly’s book or getting one of the books we mentioned in this episode please click one of the images to use our affiliate link.