In this episode we dive into the cartoon Gravity Falls and our favorite Disney Soundtracks! During the podcast Mario mentions an image he found during a web search about the show. Here is the image he was talking about (which is a quick flicker at the end of the Gravity Falls intro). 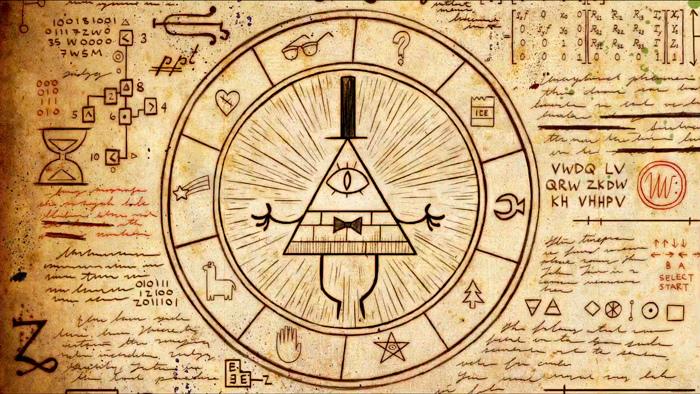 We mention the original decoder cards handed out when the Indiana Jones Adventure first opened and I (Heyzen) mistakenly said that at the end it said something about Coke or Pepsi… boy was I wrong! Turns out that it was actually AT&T that sponsored the ride and was involved in advertising/game. Below are some of the cards that were handed out. Although we could tell you what the decoded messages say, we feel that it’s a lot more fun if you put the image on your phone and decode them as you’re in the queue. 🙂 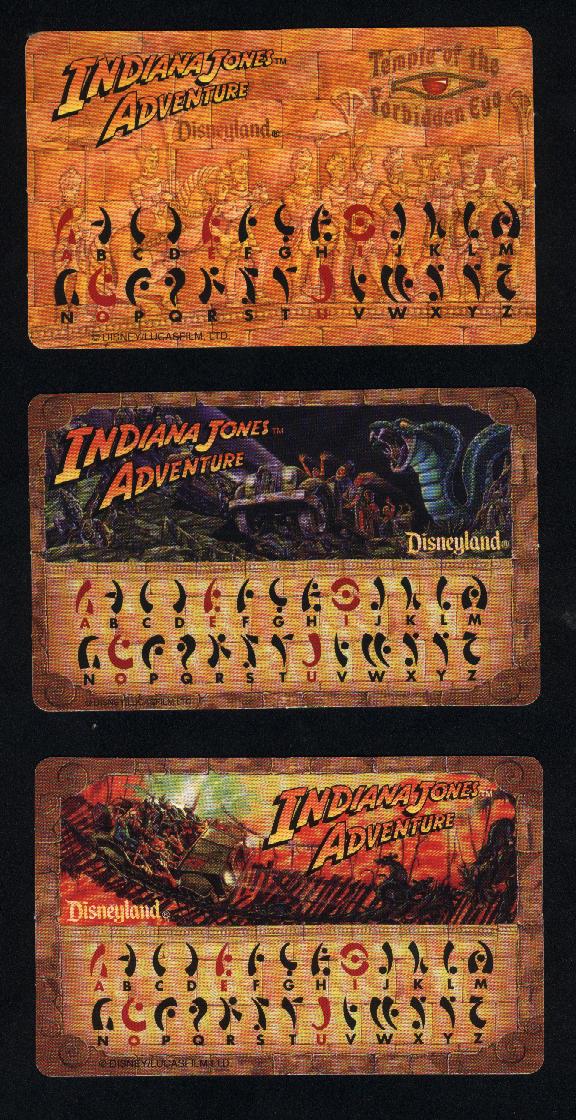 Finally, we spoke about several entire scores and soundtracks but we put together a small playlist of the songs that we liked most (or talked about on the podcast) for you to preview courtesy of Spotify.