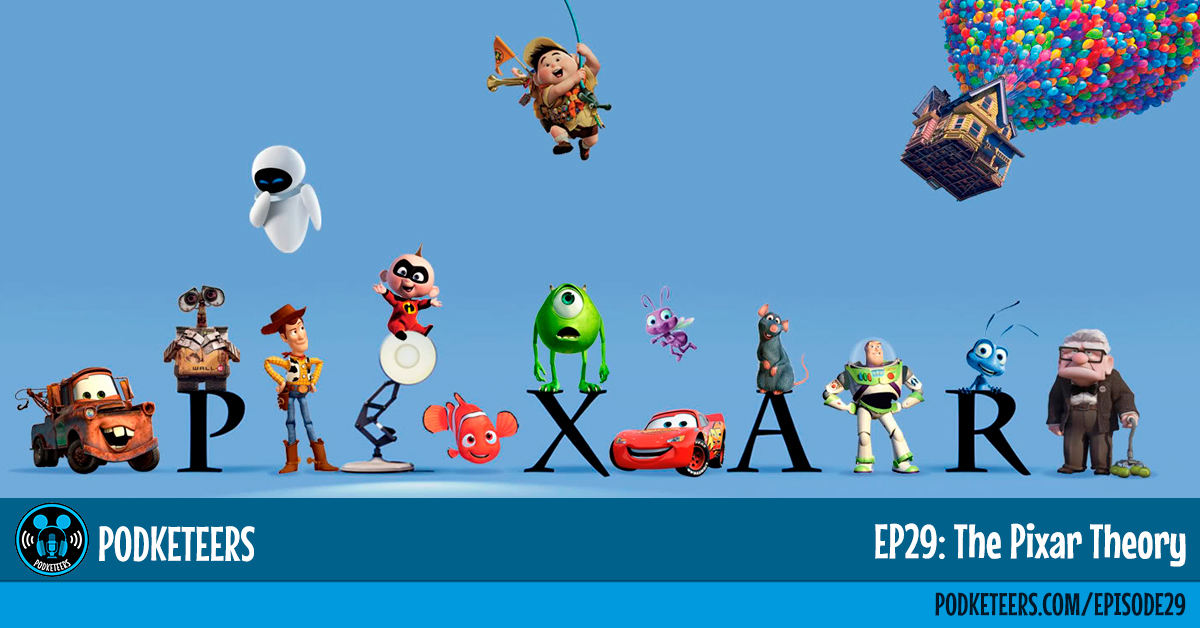 The Pixar theory was originally created by Jon Negroni back in 2013. Upon its creation, the imaginations of Disney/Pixar fans were treated to a plethora of concepts that is only growing in popularity as new films are released and new segments to the theory are added. So are all the movies connected on purpose? In 1994 John Lasseter, Pete Docter, Andrew Stanton and the late Joe Ranft had a lunch to talk about what was coming next now that Toy Story was almost completed. In that meeting it’s said that they came up with A Bug’s Life, Monster’s Incorporated, Finding Nemo and Wall-E. Isn’t it possible that at least one of them said “wouldn’t it be cool if all these movies were connected?”. Lets take a look the visual timeline of the theory we talk about in this episode (from Jon’s website):

If you want to read the entire Pixar Theory you can head over to Jon’s site by clicking on the link below:

So what do you think about the Pixar Theory? Do you buy into the fact that all of the movies are connected or is it all coincidence? Leave a comment down below and let us know.