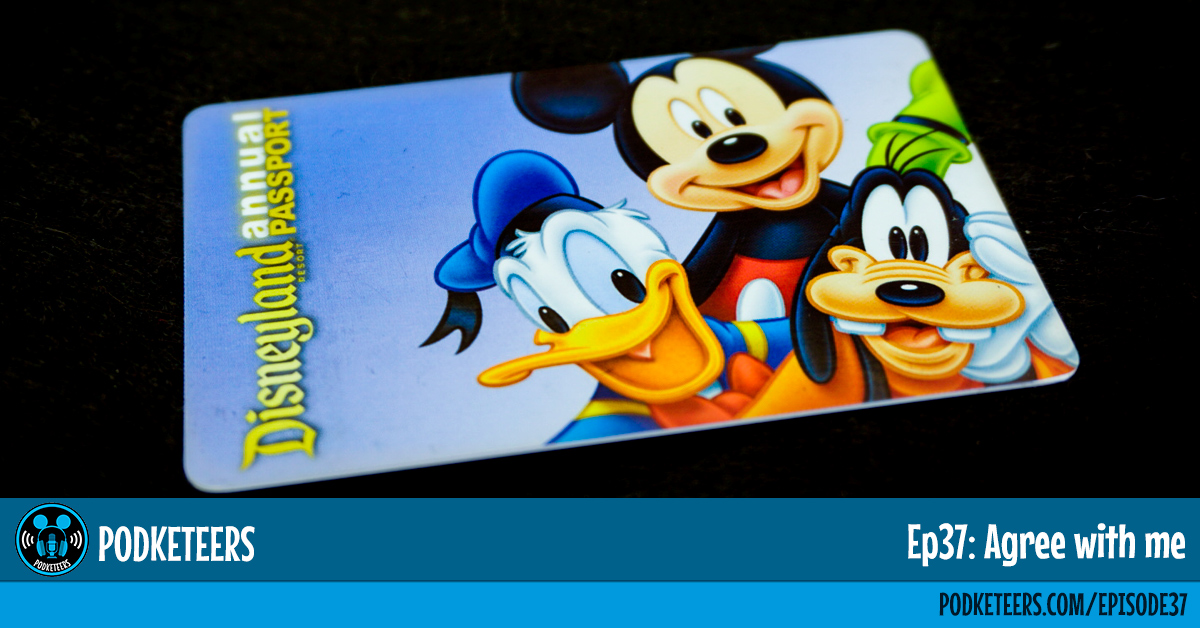 So, Kentucky Police have issued an arrest warrant for Frozen’s Elsa… because it’s cold.

Michael Greening and his wife Diane celebrated Valentine’s Day and their 17th wedding anniversary by visiting 3 Disney parks. They started off at Tokyo Disney (on Valentine’s day), flew to Walt Disney World in Florida and finished off their day at 9 a.m. (still on Valentine’s Day) at Disneyland in Anaheim. This awesome feat was accomplished due to the 16 hour time difference between Tokyo and Los Angeles. Javier thought that this was a horrible idea (and even went off on some weird unnecessary tangents) but is this something that you would do? Leave your comments down below.

The family that we mention on the podcast that is walking from Disneyland to Walt Disney World to raise cancer awareness is the Cobb Family from Houston. Their journey began after they lost their daughter to Ewing’s sarcoma, a rare form of bone cancer.  In the episode, Mario said that they had started earlier this year but they actually got started August 6, 2014 from Disneyland in Anaheim. To find out more about them, their journey and how you can help , please visit their website below:

If you’re interested in reading our original post on the price increase for annual passes you can check that out here:

Here is a quick breakdown of the price increases:

We talked about how we feel this is partly due to attendance and also maintaining the park. In 1955, approximately 1 million people visited the park. Although Disney doesn’t release attendance numbers, it is estimated  and that the number of park-goers increased to over 16 million in 2013. Wikipedia has a great chart showing the price of a one-day passport  since 1981 (when they were available for group sales) and then in 1982 and on when the concept of individual tickets was dropped.

What do you think about this? Will you be renewing your pass? Do you think it’s still a good deal? What do you feel is too much? Leave your comments below.

The man that visited Disneyland 1000 consecutive days is Jeff Reitz and he is still going strong. The day that this episode releases will be his 1159 consecutive day! If you want to follow Jeff on Twitter, he is @Disney366.

We would still love to get Alex Hirsch, creator of Gravity Falls, on the podcast. Thank you to everyone that has tweeted him using the hashtag #HirshOnPodketeers. If you would like to help us out with that, please send a tweet to @_alexhirsch.

Finally, we mentioned in the intro for this episode that Mario’s girlfriend, Kimberly, has a ‘GoFundMe’ campaign going on to support Cancer Research. Kim has already reached her goal but every little bit helps. If feeling good about doing something nice isn’t enough, you also get a great song composed you would like to contribute, please click below