In this episode: In this episode we recap the 'Local Brews, Local Grooves' event at the House of Blues in Anaheim with our buddy, Dan (@Mousebrew). We also recap our first ever movie meet-up to watch Tomorrowland!

The House of Blues hosted ‘Local Brews, Local Grooves’ event was really fun! It’s hard to fully explain but the fact that the event was held in the confines of Downtown Disney helps keep the “Disney Magic” alive. Dan mentions that he feels it’s good because you know that at any time you can take a few steps to the Monorail and then be in Tomorrowland and that’s okay with us. 🙂

You can find our entire review on our blog post located at: 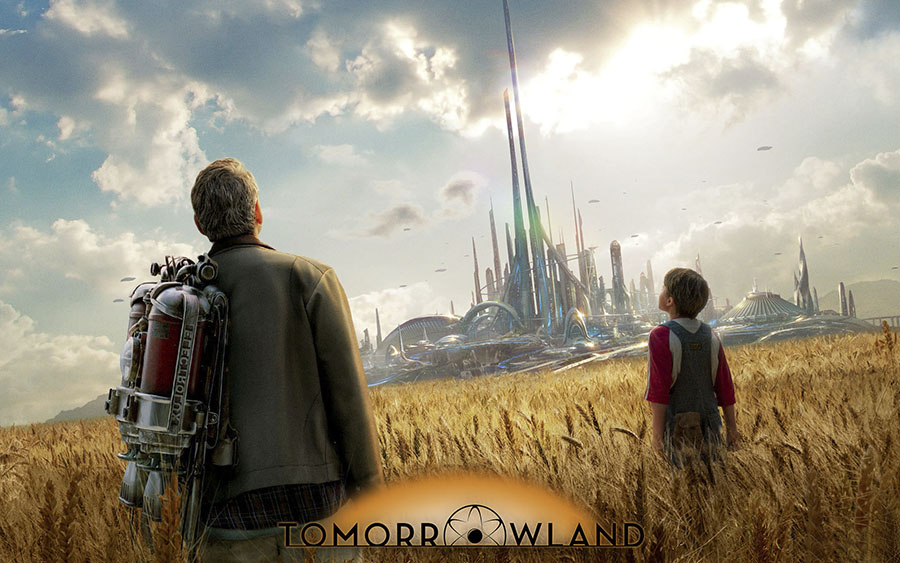 Tomorrowland has been getting a bad rap because in it’s opening weekend it came in just under $42 million (a long way away from its $180 million production cost). Tomorrowland is a unique experience and despite all of the negative reviews we really enjoyed it. We’ve had a couple of weeks to digest the movie and we here is a short list of things this movie is not:

Back in 2013 we were introduced to an ARG (alternate reality game) called The Optimist. As the game went on we slowly discovered more things that made us believe that Walt Disney was “hiding” the fact that he was part of a secret society (later revealed as ‘Plus Ultra’) that was recruiting new people. The Optimist came to an “end” at D23 (2013) but in 2014 hints and clues about a new “game” seemed to be lurking. The campaign known as “Stop Plus Ultra” (which we talked about in Episode 46: Would you keep it to yourself?) started to develop further and it seemed that we would get some kind of payoff like players did back in 2013; unfortunately, there wasn’t. Walt Disney was prominently showed in the ‘Stop Plus Ultra’ propaganda and was a huge part of The Optimist but aside from including ‘It’s A Small World’ in the opening minutes of the movie he really isn’t featured again. We mentioned in the episode that even if you weren’t immersed in the ARGs the movie contained enough info about Plus Ultra that understood what was going on but if you were involved in the game(s) you may have felt like there wasn’t. For example, a few weeks ago we posted the following video on our Instagram account:

Our post contained a “single word”: ETERNALOPTIMIST. Did you figure out what that was? We’ll give you a hint. Remember the image below from back in episode 46?

Long story short, the message you heard in the video was given to you when you called a phone number revealed in a book (that can’t be found on Amazon) called ‘Conspiracy Queries, Uncovering the secrets of Secret Societies‘. The page that flashes in our video is the table of contents of that book and the final chapter is about ‘Plus Ultra and the Land of Tomorrow’. Photos of Plus Ultra members were shown throughout the chapter (including one of Walt Disney) but when you folded one of the photos in half over the one on its opposite page a phone number was clearly revealed.

Calling the number gave you our “single word” to log into the Plus Ultra website. We’ll let you see it for yourself and feel free to leave your comments below after you check it out.

Oh yeah, back to the movie. The movie itself had some environmental overtones and Tomorrowland is basically an escape from a horrible present and (ironically) a fairly pessimistic view of society. The general message we took from the entire thing, though, was that “one person can make a difference”.

Despite everything we just wrote about, as mentioned earlier, we really enjoyed the movie and if you’ve seen it we’d love to hear what you thought. Were you disappointed or content with the movie? What were your least favorite parts? What would you have changed? Leave your comments below or join the conversation on our Facebook page.