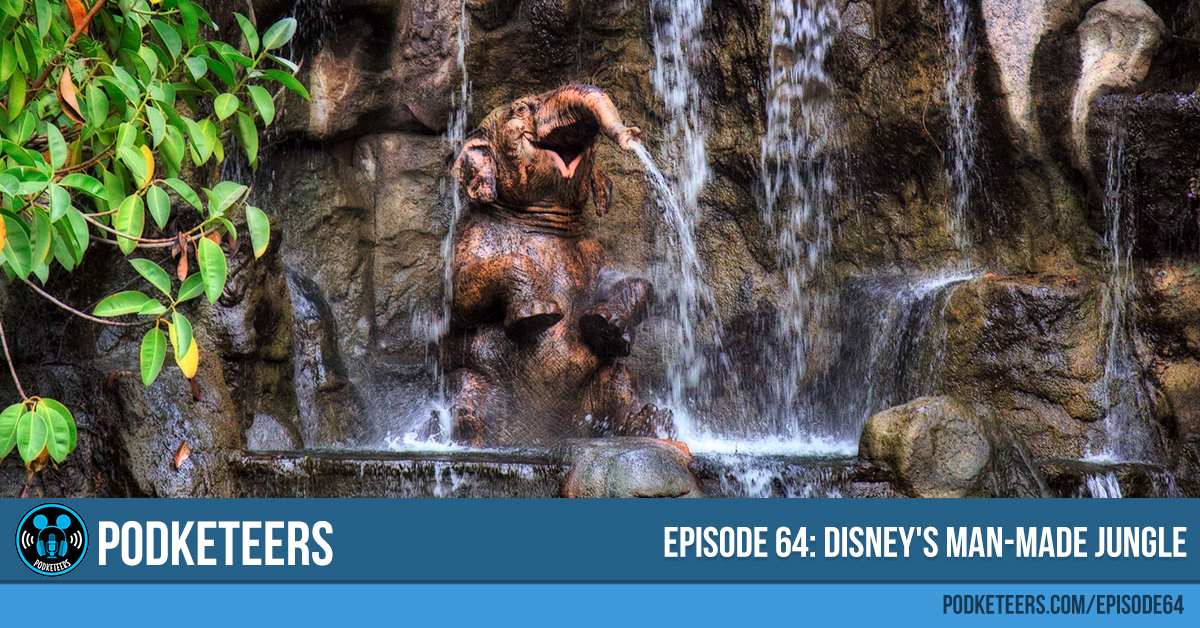 This is the “outta nowhere” video that we refer to at the beginning of the episode.

—-
Currently not many details are known about the Jungle Cruise movie that will be starting Dwayne “The Rock” Johnson. As of this post the only thing we know is that The Rock will be in it and that the writers will be John Requa and Glenn Ficarra. There are also rumblings that it will be a period movie set in the 1920s.

It’s an amazing thing when you can start something and it morphs into something unexpected and better. This is the case of Disneyland’s Jungle Cruise and the man made jungle originally created by Disney Legend, Bill Evans. In 2010, the “pretend jungle” had started growing a mind of it’s own and in a quote from an Orange County Register article that year, Karen Hedges (the director of the Disneyland Resort’s Horticulture and Landscaping said:

“Since the ride opened in 1955, the land around the ride’s river has transformed into its own ecosystem. Disney workers have switched the plant makeup from mostly leftover orange trees from the the land’s previous owner to those more like a real jungle. And with the new plants, the land itself has turned into its own interactive environment. Now it has a large tree canopy made up of coral trees, ficus trees, some of the large palm trees and bamboo overhead.”

Back in 1959, Ed Sullivan rode the Jungle Cruise for a Kodak commercial.

In case you need a Jungle Cruise fix, here’s a video of the full ride experience that we found on YouTube: