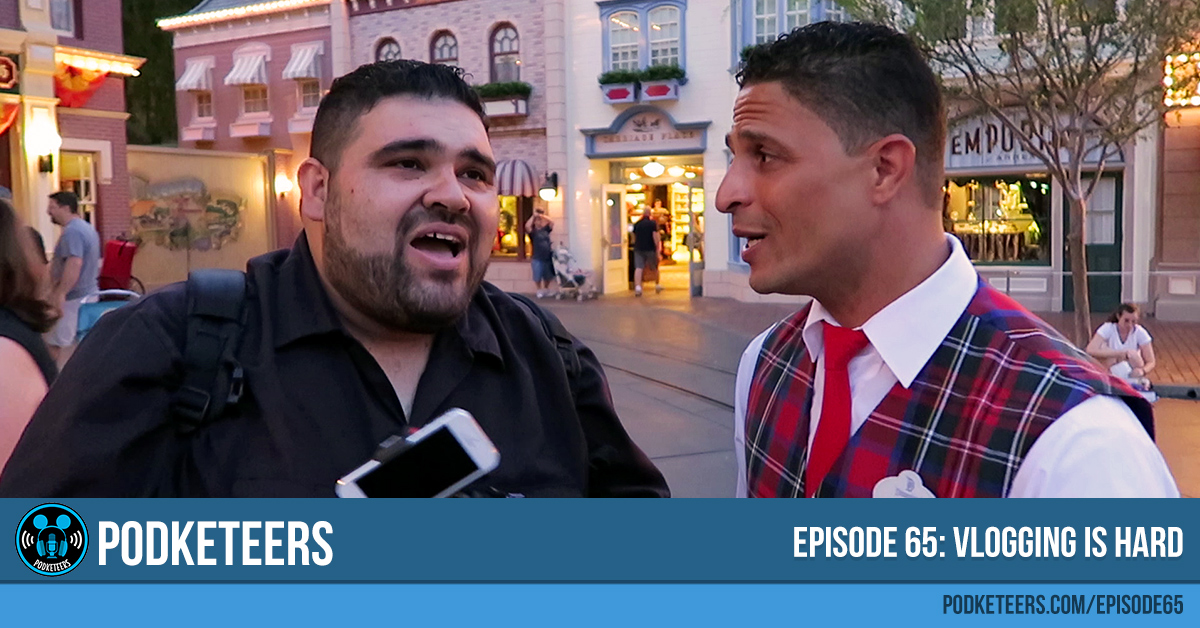 In this episode: This week we talk about Heyzen singing in the park, vlogging is hard, Aladdin is leaving DCA to make way for Queen Elsa, we talk a little about Mario's last day at Disneyland for a while and Heyzen still thinks that the Haunted Mansion overlay happens too early.

This past week Heyzen and his wife visited the park with their good friends, Disney For 2.  As they entered the park, VJ saw his friend Keoni and after a few jokes about singing around in the parks, the actual singing began. Heyzen got carried away (and nervous) while singing and didn’t let Keoni jump in.  Even though he was extremely sorry, it didn’t stop Mario and Javier from calling him “song greedy” and even made up the word songry for him. Check out Disney for 2’s video that includes the clip of Heyzen and Keoni on Main Street, U.S.A.:

The tripod and iPhone holder that that Heyzen was referring to are made by SP Gadgets. Here are links to purchase them on Amazon if you’re interested in getting them:

Both are super sturdy (as long as you lock them in place properly) and hold down the phone really well. The tripod itself is actually for a GoPro camera so if you want to mount a regular thread camera, you will also need the adapter (the 3rd item above) to do that.

The Paint The Night parade is amazing! But a quick look at the photo that Heyzen posted to his Instagram account shows what he was talking about where the character’s faces are very dark. What do you think? Do you agree with Mario and can say that it really doesn’t bother you?

Here is Ariel’s float. As you can see her face is also fairly dark:

Aladdin is leaving the Hyperion theater at California Adventure. If you want to read our blog post, click here: ‘Frozen’ replacing ‘Aladdin’ next summer at DCA

The Diamond Edition of Aladdin on Blu-ray will be released on October 13, 2015. You can click on the image below to pre-order via Amazon.

The photos that the Disney Parks blog posted some AMAZING photos of the new gingerbread house in the ballroom scene and the Hatbox Ghost this past week and Heyzen was drooling. Both shots were taken from an angle not really accessible by guests and for an amount of time that the Doombuggy would be traveling to fast to keep steady. 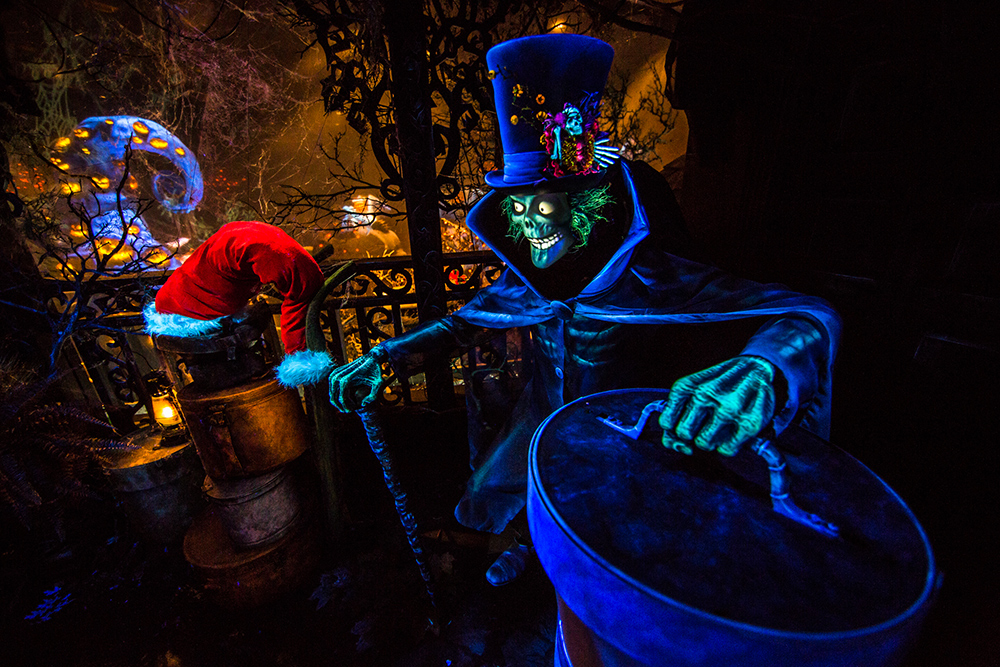 So where do you stand on the argument of the ‘Nightmare Before Christmas’ overlay in the Mansion? Should it go in after Halloween so that the Mansion is “spooky” on Halloween or do you like when it is put in and how long it’s there? Leave a comment down below.

← Guess the Pringles Flavor mini challenge! Ep66: Use the force... to tell time →