In this episode: In this episode we talk about Disney's award-winning float in the 126th Tournament of Roses Parade, the amazing(?) Star Wars Holiday Special, sweet Captain America: Civil War concept art is posted and we ask the question when are spoilers no longer spoilers?

Happy New Year, everyone! Whether sitting at home (or live) watching the Tournament of Roses Parade from Pasadena, CA every January 1st. Many of the floats are always cool to look at but this year Disney’s Diamond Anniversary float called “Awaken Your Adventure” was downright amazing and was even the recipient of the Extraordinaire Trophy. Theme Park Inside was in the stands at the Rose Parade and saw the float launch performance into the parade. Check it out below:

Here is a video of what went into designing/building the float:

Did you see the float on TV or in person? What were your impressions of it? Leave a comment below.

The Star Wars Holiday Special is widely regarded as the best way to waste one and a half a hours of your life! It’s kinda of a train-wreck but you almost can’t not watch it! We will say that the absolute best part of the entire special is the cartoon that Chewbacca’s son watches (yes, his son). If you dare endure the torture, the video is down below. Please note that we don’t know how long this will be up so if you think you might ever want to watch it, now is the time. You’ve been warned:

Did you watch it? Have you watched it? Leave your comments below.

In this episode we pose a very important question:

How long before you can “spoil” something?

Is it ever okay? Leave your comments below.

An awesome piece of concept art from the upcoming Captain America: Civil War gives a nod to The Avengers comic #223. Check out the images below: 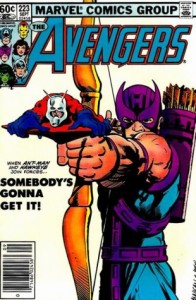 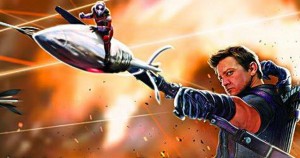