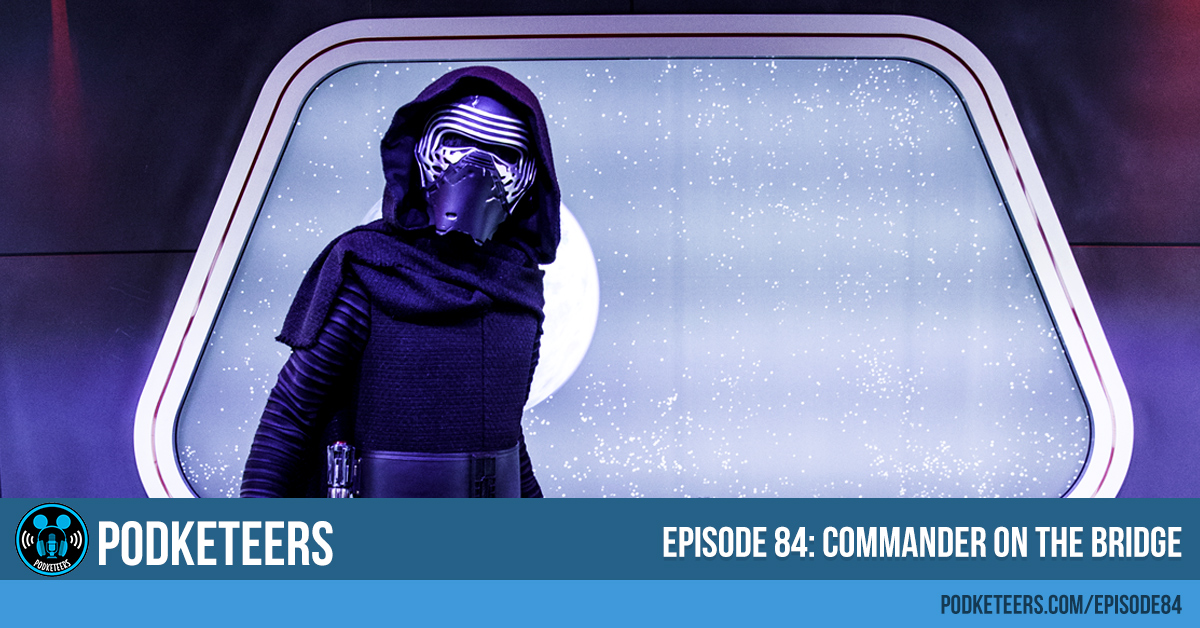 In this episode: In this episode we talk about attending NAMM (the National Association of Music Merchants) convention, we talk about an artist that we heard a performance from named Raelee Nikole (we posted a video on our YouTube channel of one of her performances). Heyzen finally sees Star Wars Episode 7 and gives his thoughts to the guys and also talks about meeting Kylo Ren at Disneyland at the Star Wars Launch Bay, we announce the next Podketeers Movie meet-up and elephants fly over Disneyland.

Heyzen finally saw Star Wars Episode VII: The Force Awakens and not only did he enjoy the movie but he had a great experience at the Edward’s Theater (La Verne, CA) with the cushy recliners and a great list of craft beer.

Finally watching #StarWars!!! Browsing the #craftbeer list. Might have to go with one of my faves from @moderntimesbeer!! #BlackHouse #coffeestout #popcorn #movie #disney #lucasfilm #StarWarsEpisodeVII #TheForceAwakens #BB8 #KyloRen

We’ve set the date for the next Podketeers Movie Meet-up to watch Captain America: Civil War on Sunday May 8, 2016 (tentatively) at 2pm. As we normally do, we’ll be meeting around 1pm to buy our tickets and we’ll be hanging out prior to the movie and possibly head over to Trader Sam’s after the movie for food and drinks.

Also, we’re thinking about doing a Bowling Meet-up sometime in June (2016)? If you’re interested, leave a comment or send us a message so we can gauge interest.

Had the pleasure of finally meeting our IG pal @pauldrumsdisneycoasters at #NAMM yesterday! Super awesome guy! Hope we get to hang out this summer! #Namm #music #disney #disneylandn#disneyfans #podketeers

There was tons of new hardware ranging from microphones, audio mixers, interfaces, guitars, drums and the list just keeps going. If it was music related, you probably found it at NAMM. Although we didn’t get a chance to be there all 4 days we were still able to enjoy and demo a lot of what was there. We even had a chance to listen to a few performances. Here is a short video that we shot of Raelee Nikole singing her song ‘You’re Gonna Miss It’:

Is you wan t to know more about Realee, check out her website here: www.raeleenikole.com

Did you know that you can build your own droid at the Star Trader in Tomorrowland? 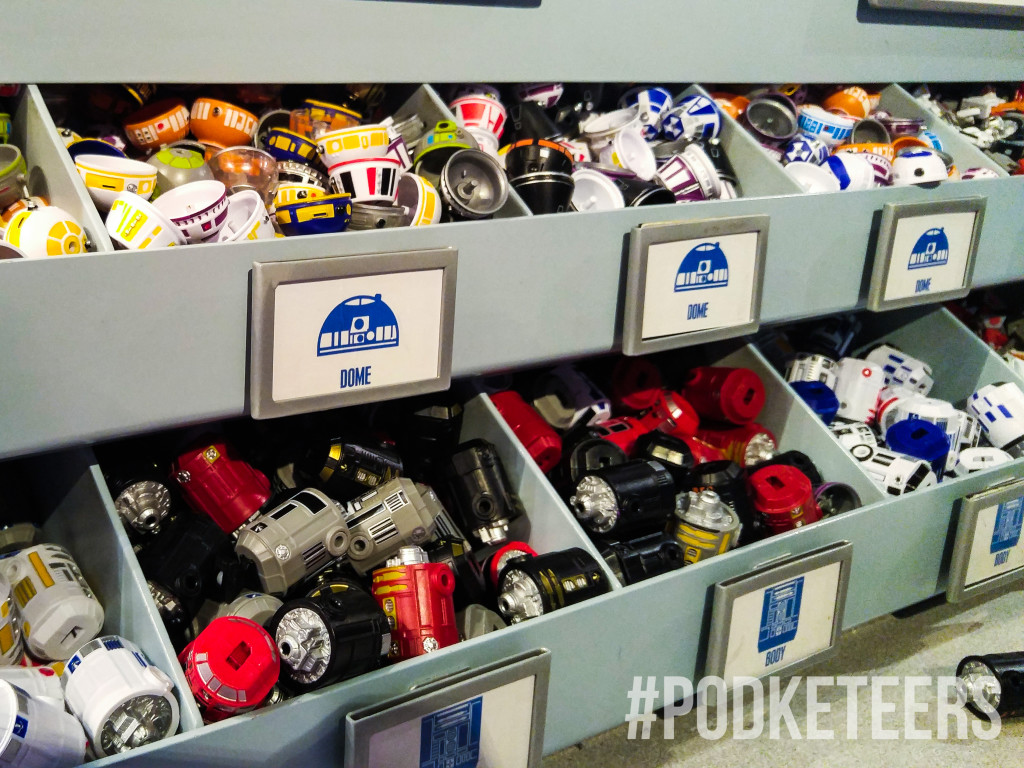 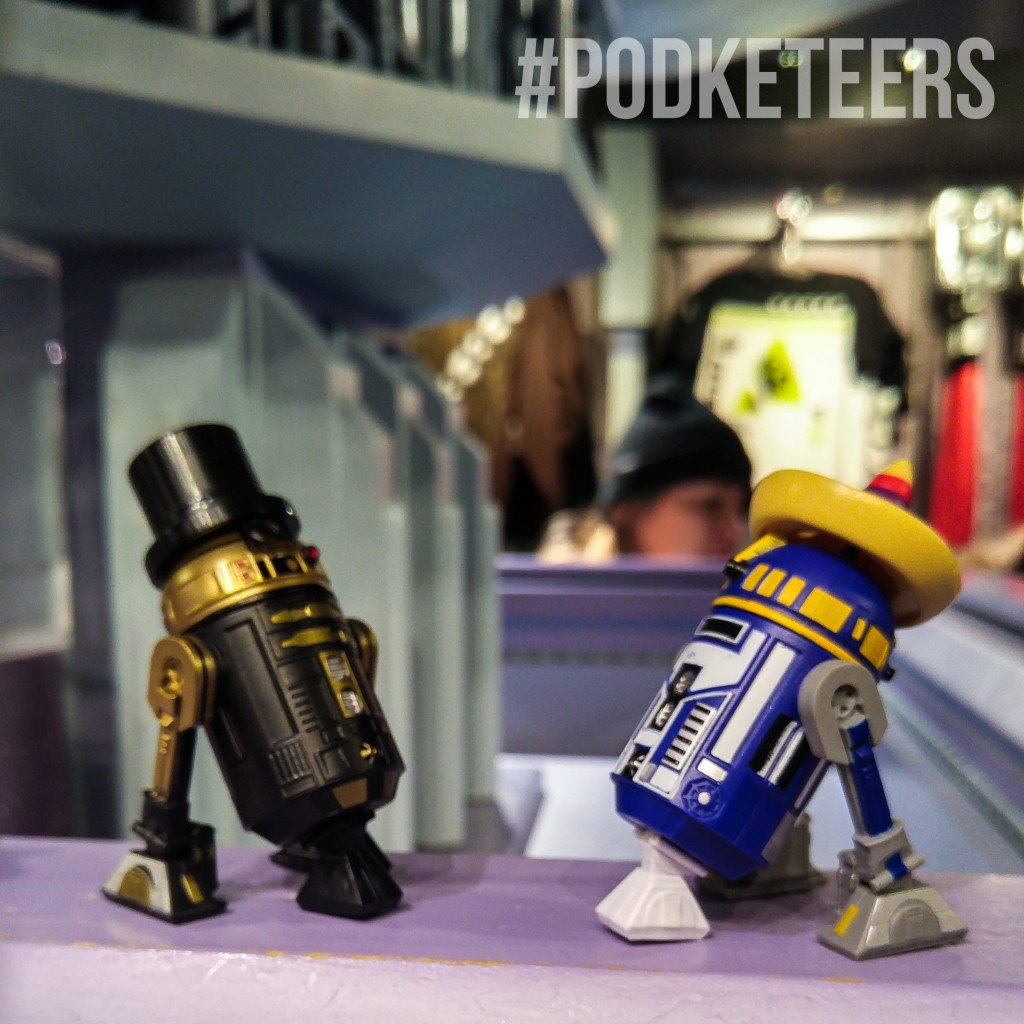 One of the other cool toys we found on our last trip were tiny models of Kylo Ren’s Command Shuttle, Special Forces, Tie Fighter, a First Order Snow Speeder, and The Millennium Falcon. 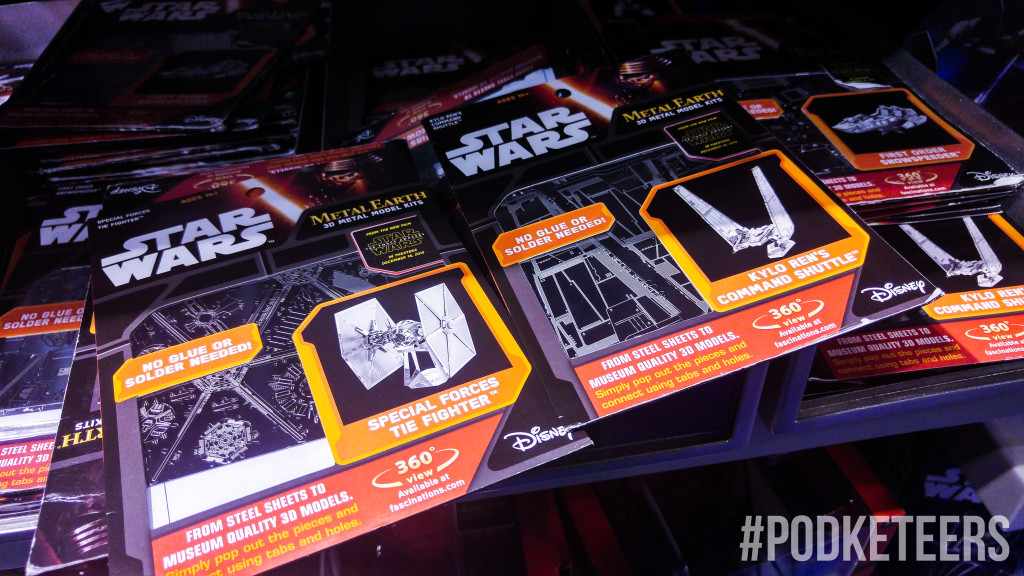 The models don’t require any glue but they do require careful folding of the metal elements so that you don’t break while trying to assemble the vehicles. 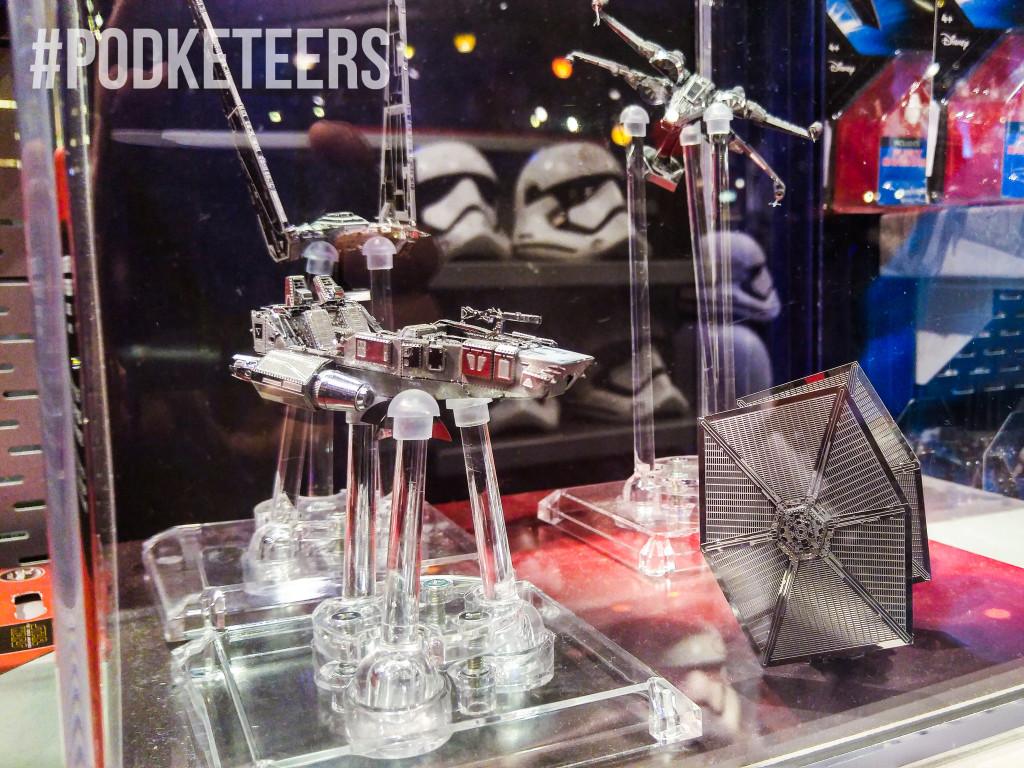 Have you seen an elephant fly? Not Dumbo, but one of the elephants from the Jungle Cruise? Check out the video below:

Some attractions are given a little TLC more often than others. The Jungle Cruise gets this treatment every 7 or so years. The last time this happened (back in 2011) the Disney Blog posted a slightly more extended version where you see Imagineers actually harnessing the elephant prior to air lifting it. Check it out: