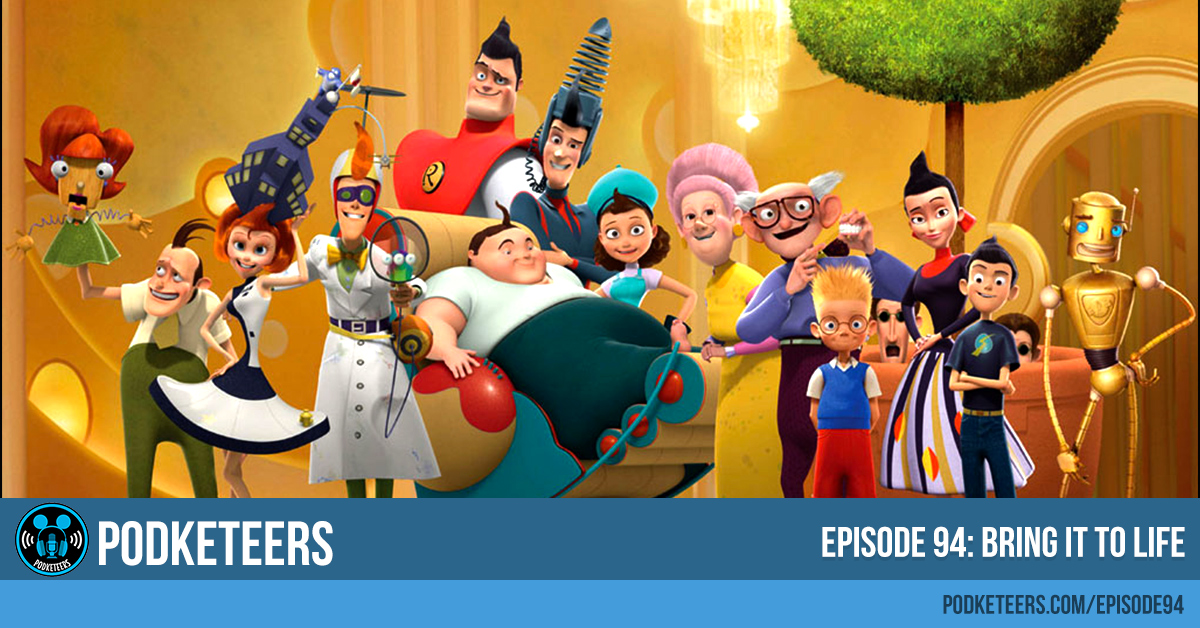 In this episode: In episode 94 we talk about how you might be able to get a taste of an Adventureland staple at your local frozen yogurt or soft serve shop. More changes are coming to Disney parks as attractions shift around and more go away. Our buddy Skyler (@DisneyFilmsFacts on Instagram and Twitter) recently saw a early screening of the upcoming live-action Jungle Book and he gives us his thoughts on the film. Finally, we discuss what animated movies we'd like to see be made into live-action versions.

There are places that have frozen yogurt that tastes like pineapple. Some of these places call it “Dole Soft Serve”. Many people have said that it tastes a lot like Disneyland’s Dole Whip. Recently, the Dole Soft Serve Blog posted the following statement:

One of our strongest emotional connections with consumers is the iconic DOLE Whip treat, sold at Disney® parks, commonly in the form of a delicious float. Anyone who’s enjoyed DOLE Whip will instantly recognize the delicious taste and tropical flavors of DOLE Soft Serve – because they are, in fact, the same product!

The further go on to say:

Outside of Disney Parks, the mix is sold and marketed as DOLE Soft Serve. Around the country, independent frozen yogurt shops (like Menchie’s) and tourist attractions (like Dodgers Stadium) serve DOLE Soft Serve. And since the name “DOLE Whip” is so familiar among consumers, we encourage the use of this alternate name on store signage, on menus or even for advertising.

However, “Disney” is a trademarked brand, and all its properties are protected by copyright. So when using the DOLE Whip or DOLE Soft Serve name, operators must avoid referring to or implying a connection to Disney to avoid pesky trademark infringement.

So there you go! Minus the experience of getting it at Disneyland, Dole soft serve (if you can find it) is the same stuff sold at Disneyland.

If you want to read the entire original post, you can find it by clicking on the link below:

Every year April Fool’s Day brings us pranks that make us laugh, some that make us cry and some that just seem, well, dumb. Google decided to take it’s “Cardboard” product and make a new version that creates a sense of “actual reality”. Check out the video below.

Not bad, right? What was your favorite April Fool’s Day joke this year? Leave a comment down below.

Last week we talked about ‘Batman v Superman and how the critics were slamming it. As of this episode, ‘Batman vs. Superman’ has crossed $700 million worldwide and Forbes has officially dubbed the film the newest member of the $100M Losers Club because in its second weekend after release it dropped 68.7% in box office sales (‘Man of Steel’ had a 67.7% drop by its second weekend).

Javier says that he can let go of a lot of things because he such a big Superman fan. How do you feel about the movie? Leave your comments down below (and let’s try to stay spoiler free). 🙂