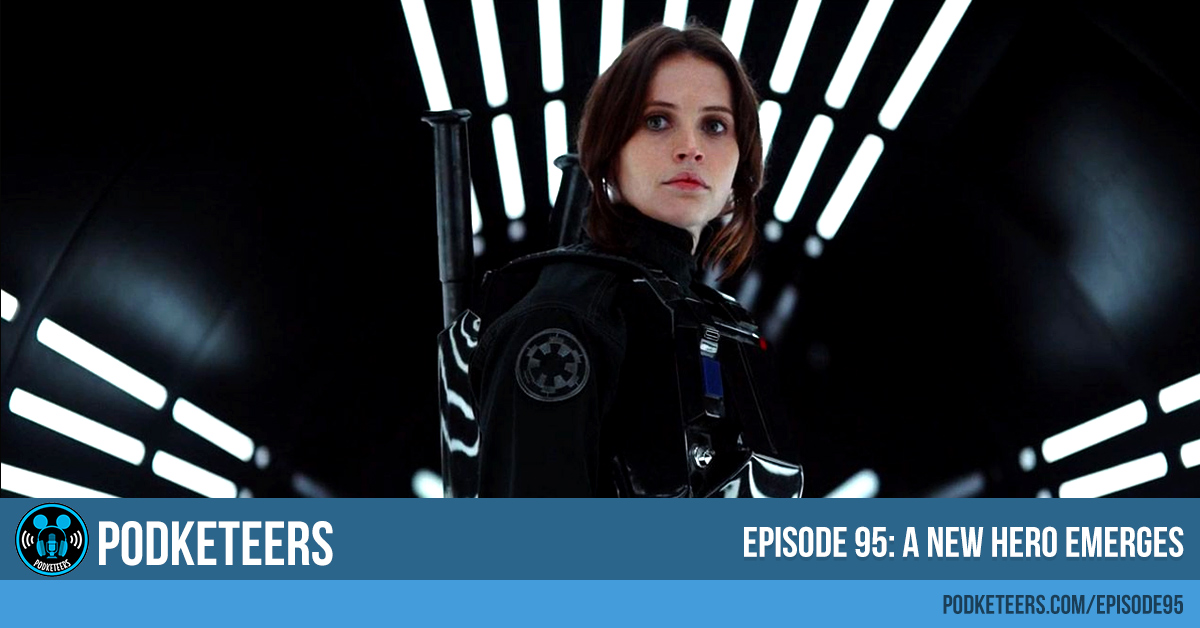 In this episode: This week we the Rogue One Trailer breaks in the internet, Force for Change campaign, we get addicted to Disney Crossy Road and the Wizarding World of Harry Potter finally opens to the public and Shanghai Disney crashes as people try to get their opening day tickets.

Unless you’ve been living under a rock that was under a rock in a far away desert, you probably heard about and maybe even saw the trailer for a little movie called Rogue One: A Star Wars Story. The internet collectively gasped when this trailer was shown on Good Morning America. If you’re a Star Wars fan, this movie looks great and with rumors that characters that were no longer canon are being brought back into the SW universe. Check out the trailer below and let us know what you’re looking forward to the most from this movie.

The Force for change campaign was started by Force For Change campaign is a charitable initiative to help get donations for 4 charities (UNICEF Kid Power, American Red Cross, Boys & Girls Club of America na Make-A-Wish). The campaign allow people to donated to one of those charities and it will be matched up to $1 million. Any fan that donates to the campaign will be entered to win a trip to Skellig Michael island which is where the final scenes of Star Wars: The Force Awakens was filmed.  The ‘Force For Change’ campaign will end the “official” (?) holiday May the Fourth (be with you). For more information you can visit their website below:

Disney Crossy Road is the latest obsession of many mobile gamers as the addictive Crossy Road gets a Disney overlay. Crossy Road is very similar to Frogger in which you are trying to avoid object hitting you, cars running you over, getting stabbed by phantnom knight armour or getting trampled by an elephant. The primary difference is that the game continuously scrolls (in the upper right direction) until something prevents you from continuing. Collecting coins will allow you play a rotary-like prize machine that will give you more characters. For those impatient players, you can also buy new characters if you don’t want to earn them. Check out the trailer below. Have you played Disney Crossy Road yet? Are you already addicted to it? Let us know in the comments section below.

The opening of the Wizard World of Harry Potter happened on April 7, 2016 and Potter fans could barely move through Hogsmeade. The president of Universal Studios Hollywood, Larry Kurzweil, started off the festivities after a wand found him and he shouted “Incendio!” to make some fire appear (he actually got a bit carried away and did it several times). Some words follow by the chairman and CEO of Universal Parks & Resorts, Tom Wiliams. Ron Meyer, the vice chairman of NBCUniversal, Kevin Tsujihara, chairman and CEO of Warner Bros. Entertainment and finally some words from the Mayor of Los Angeles, Eric Garcetti.

The highlight of the evening was watching John Williams direct the LA Phil Harmonic through some of Harry Potter’s more memorable arrangements to kick off the opening.  Here is a video of the projection mapping done over Hogwarts Castle before the ceremony concluded:

Also, check some of the photos that we were seeing posted on Instagram:

We also talk about the latest film to come to the Harry Potter Universe,’Fantastic Beasts and Where to Find Them’. Check out the trailer below.