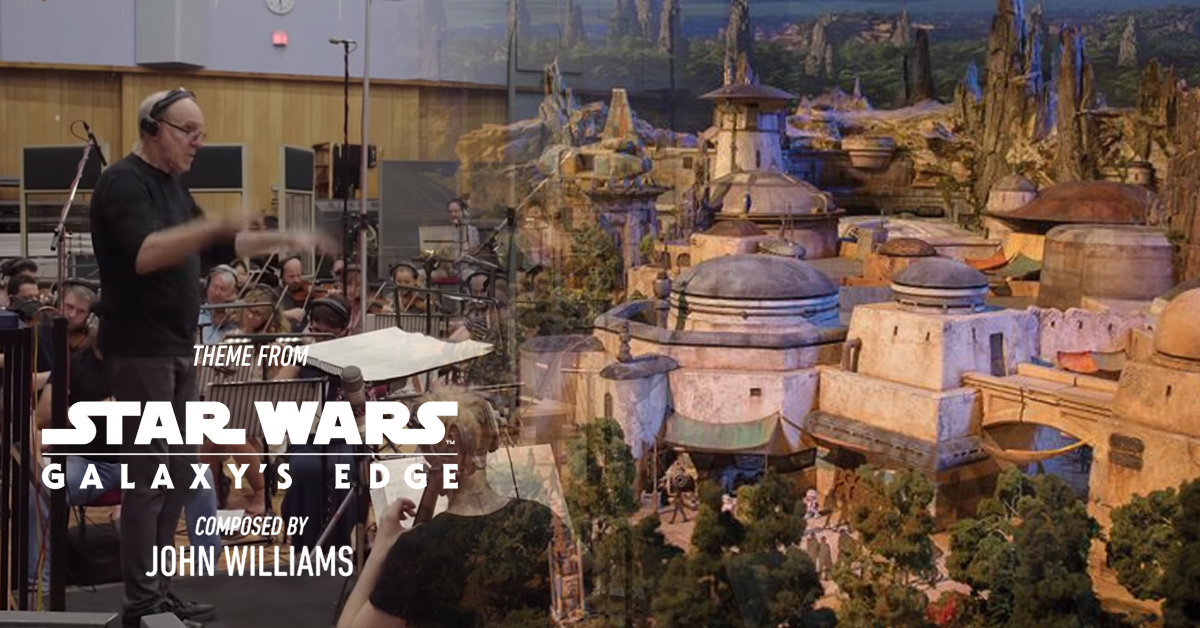 In this episode: John William's composes the theme to the upcoming Star Wars: Galaxy's Edge

Excitement is soaring as we’re just about a year away from the opening of Galaxy’s Edge at Disneyland (Anaheim, CA) and Disney’s Hollywood Studios at Walt Disney World (Orlando, FL). This week, news broke at the Destination D fan event in Florida that composer John Williams will be creating a score for the new lands and attractions.

The Disney Company released an updated video showcasing an aerial view of (the still in construction) Galaxy’s Edge. The fly-through is interwoven with clips featuring John Williams and the London Symphony Orchestra playing the overall theme music for the land.

So what do you think of the new Galaxy’s Edge score? Join the conversation by leaving your thoughts down below!