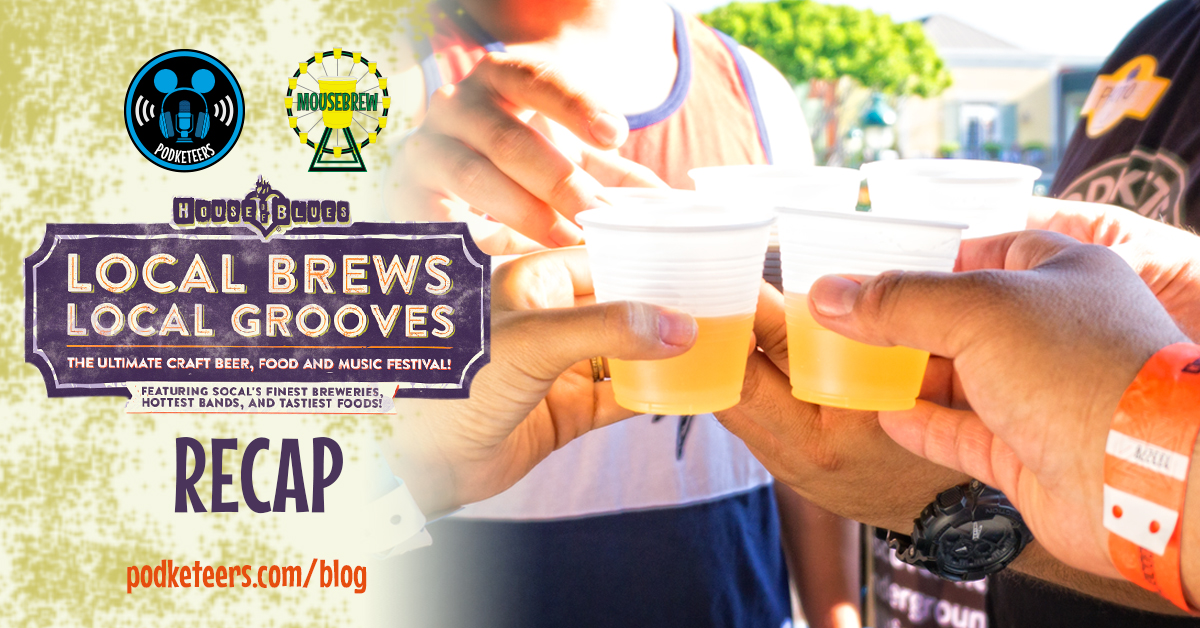 In this episode: Heyzen, Javier and Dan (@Mousebrew) had a chance to check out the 'Local Brew Local Grooves' show in Anaheim this past weekend.
This past Saturday we were fortunate enough to be invited to the House of Blues (Anaheim) hosted ‘Local Brews Local Grooves – The Ultimate Craft Beer, Food and Music Festival’ with photo badges! The event catered to almost 2 dozen breweries with over 50 beers and also featured a little over 17 bands sprinkled over 3 stages. If beer and music weren’t enough, there was also some yummy treats along the way to try out (we’ll get into those later). 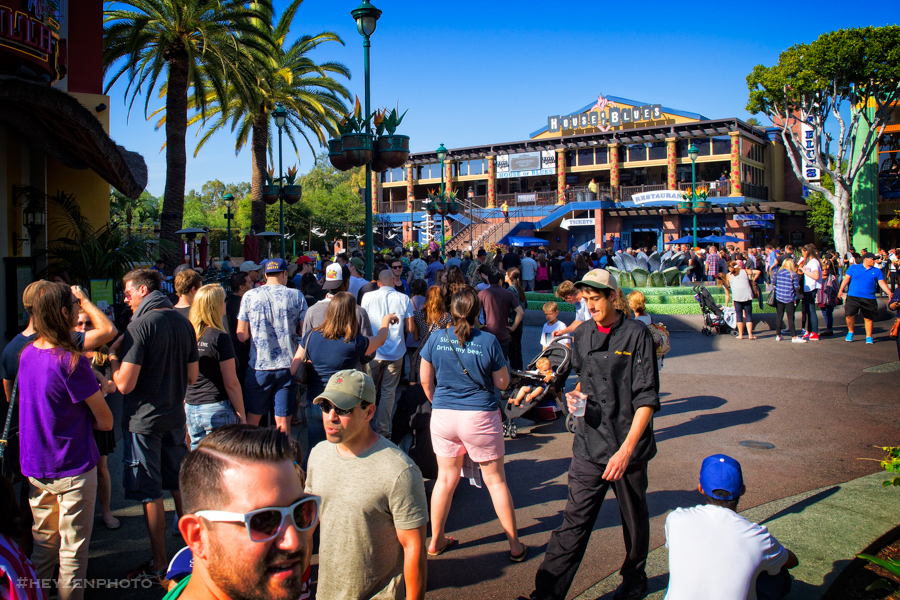 The line wrapped past Tortilla Joe’s.

We started our sampling on the Rose Terrace where Goose Island and Ninkasi had setup their taps. Although we didn’t get a chance to sample anything from Ninkasi, Goose Island had some great drinks called Sofie (6.5%) and Matilda (7%). I sampled Sofie and it had a pleasurable taste very similar to drinking a mimosa without the orange juice. Matilda was a little bolder (but not by much) and also had a pleasing taste.

From there we made our way to the area called Bourbon Street where the guys from Anaheim-based Bottle Logic brought some highlights for us, two beers called Summerweisse (4.2%) and POG Juice (6.5%). Both beers were fantastic and we would recommend either, but my personal favorite was the POG Juice. The pineapple flavor in the this beer was quite refreshing! Javier also enjoyed their free “beer vision” glasses. 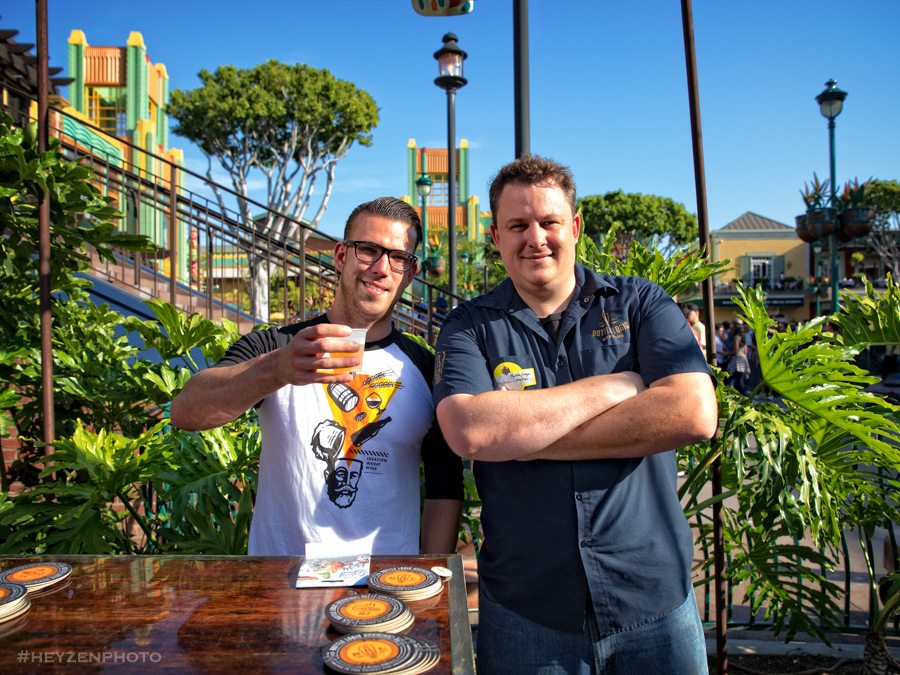 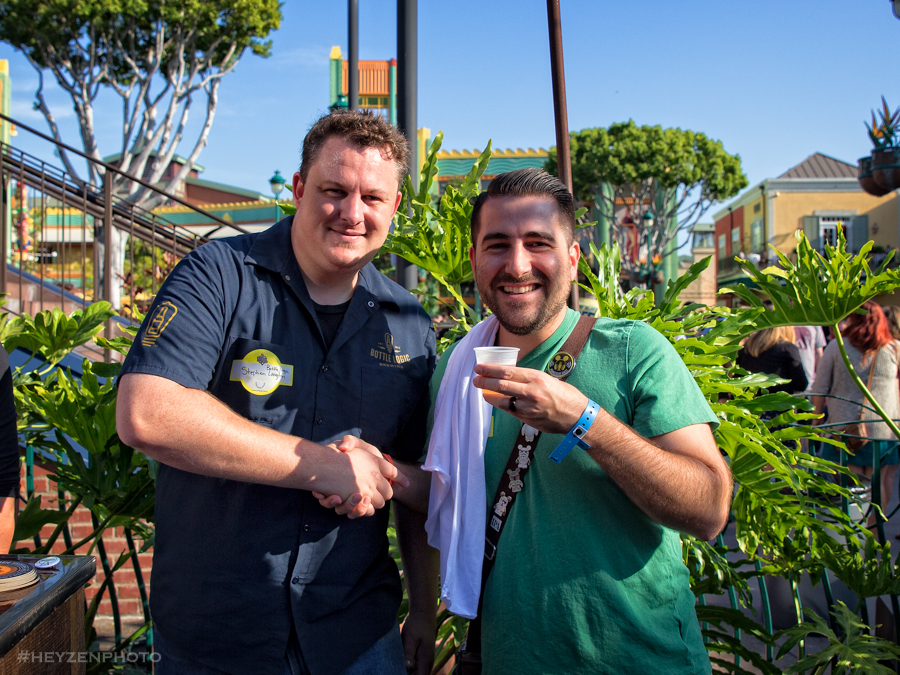 Our journey continued just to the left of that table where we landed at another Anaheim-based brewery, Noble Ale Works. Noble also had one of our favorites that evening in the form of their Naughty Sauce (5.5%) which is a Golden Milk Stout with coffee on Nitro. This beer was amazing! It’s nice and thick with a hint of cinnamon and a whole lot of coffee flavor! The nitro really helped with that creamy consistency too!

With everything that we sampled (about 15 drinks in all) we have to say that there wasn’t really anything bad. There were enough choices that a fan of ales, IPAs, stouts and even ciders could find something that they liked. To top it all off there was also food! We only had a chance to try two different food items, the fish and chips and the Waffle Buddies. The fish and chips were great. Very tasty, not a lot of batter along with a tasty dipping sauce. We did get them extremely hot, though, and we’re still having problems with our taste buds today. 🙂 The Waffle Buddies were also quite good but they were a little drier than we expected. A dipping sauce or some sort of a drizzle as it got handed to you would have been a good option, nonetheless, it was still pretty good. Two things that we regret not being able to try were the smoked chicken legs and the loaded mac ‘n cheese. We kept smelling both of these items every time we passed by the doors of the Music Hall and from the looks of the people eating them they didn’t disappoint. 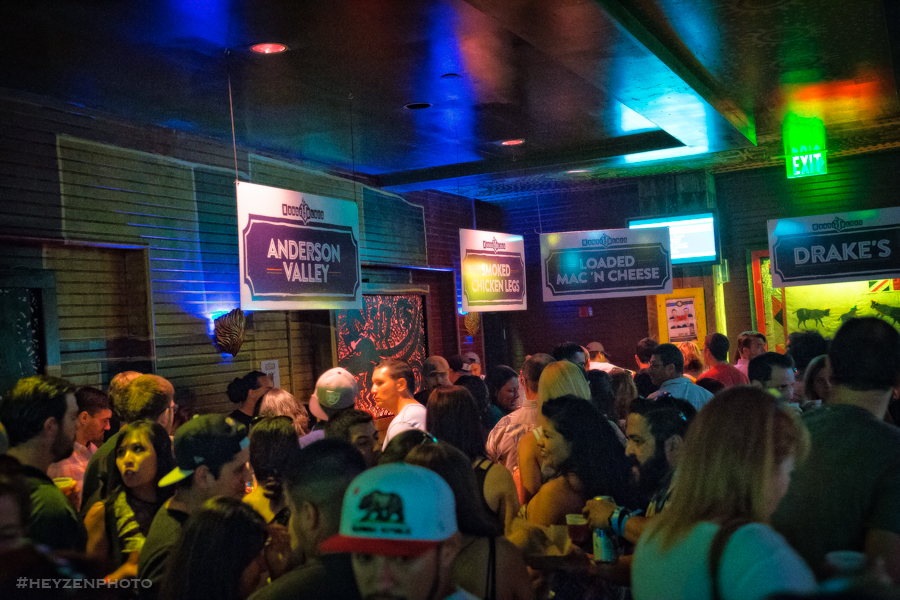 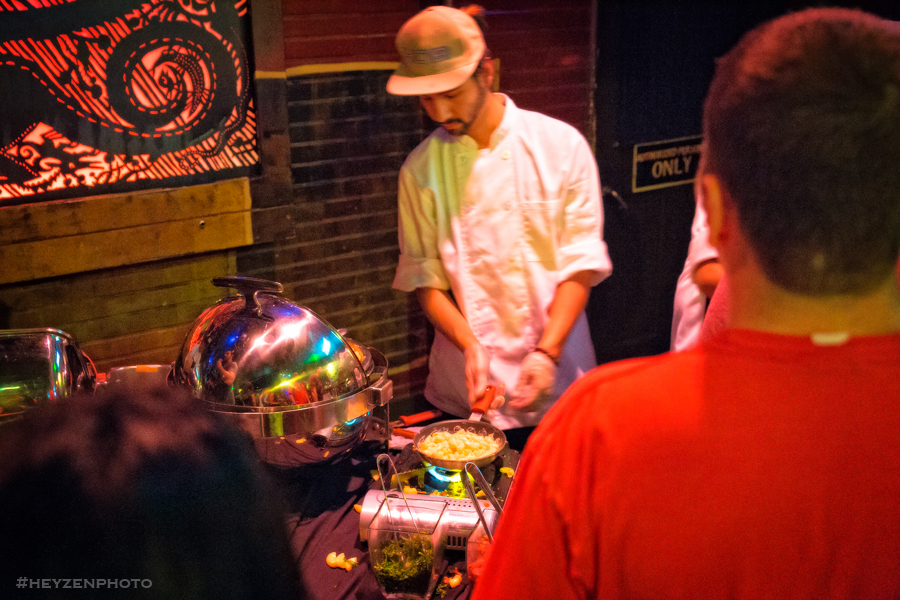 One of the chefs live cooking loaded mac ‘n cheese

Finally, the entertainment of the night was plentiful! No matter where you went you could find some great music. The only music we were really only able to listen to and enjoy for a bit was when we visited the Music Hall (for some Stone and Drake’s) and listened to ‘The Diamond Light’. They had a great sound and we’ll definitely be checking out more of their music. 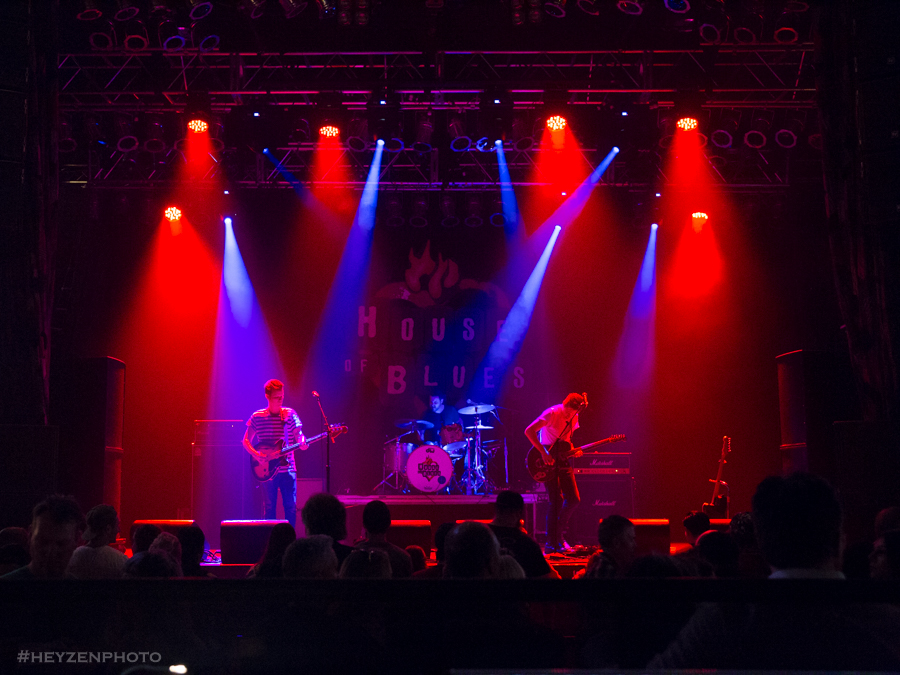 While there, Dan (@Mousebrew) made a great recap video of the event which includes some of the other beers that he had a chance to try. Check out it out below:

You can find more of his videos over on his YouTube channel which is at: Mousebrew on YouTube

Finally, here’s a few more photos from the event. The rest can be found over at: 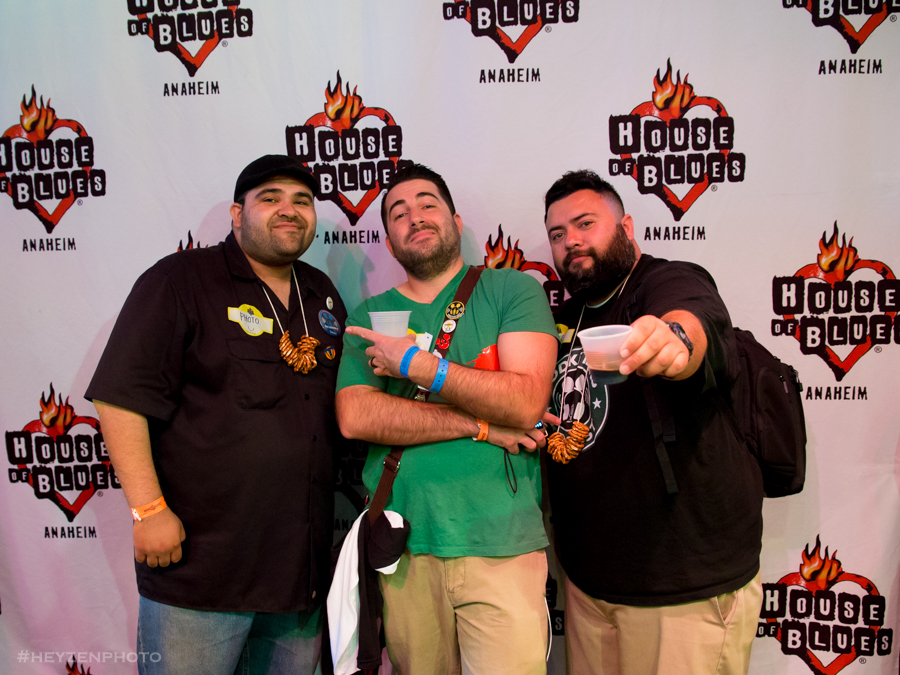 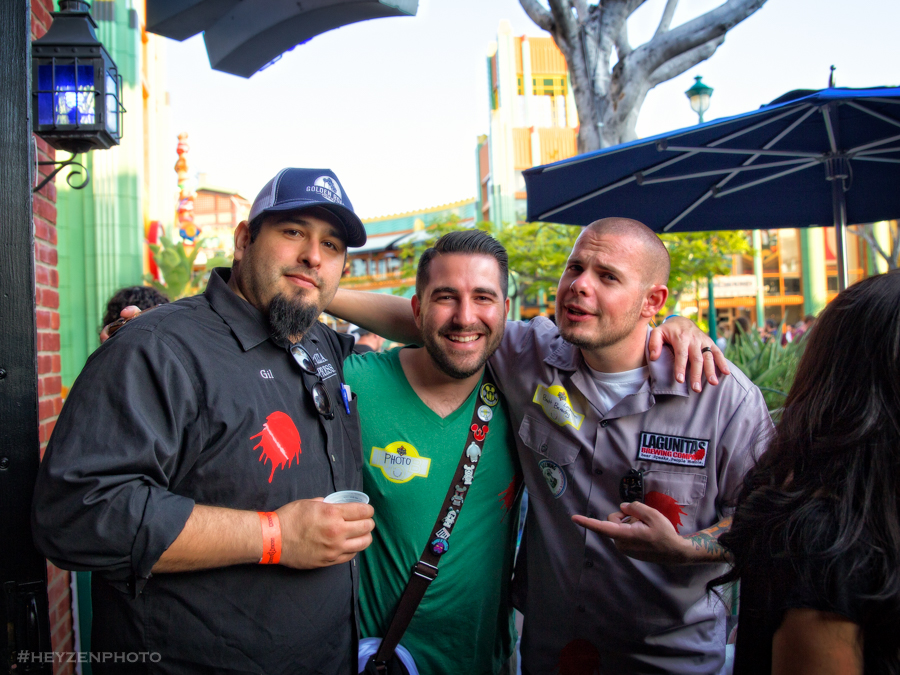