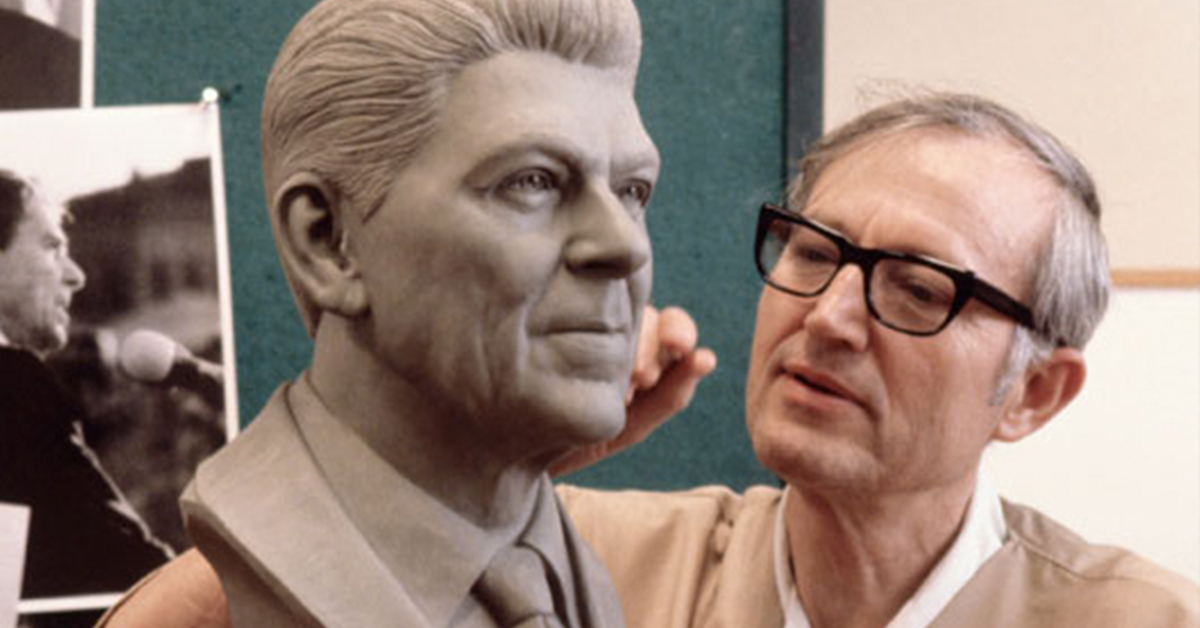 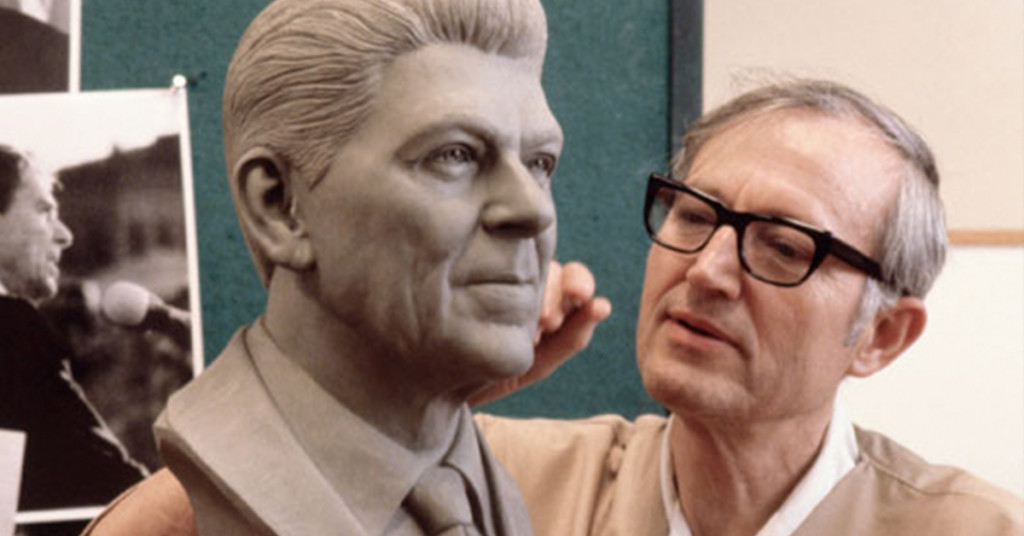 Blaine Gibson was born in 1918 in Colorado. He worked as an animator and in-between artist for the Walt Disney Studios from 1939 through 1961 and then with WED Enterprises until he retired in 1983. Since 1961 Gibson has famously sculptured many figures that became audio-animatronics on attractions like Great Moments with Mr. Lincoln, Haunted Mansion, Pirates of the Caribbean and the Enchanted Tiki Room. He even sculpted every president (through George W. Bush) for their audio-animatronics for the Hall of Presidents at Walt Disney World.

In 1993 he designed an iconic piece of Disneyland history that sits in front of Sleeping Beauty’s Castle, the “Partners” Statue with Walt Disney holding hands with Mickey Mouse. 1993 was also the year that Gibson was awarded the highest honor in the Disney company when he was named a Disney Legend.