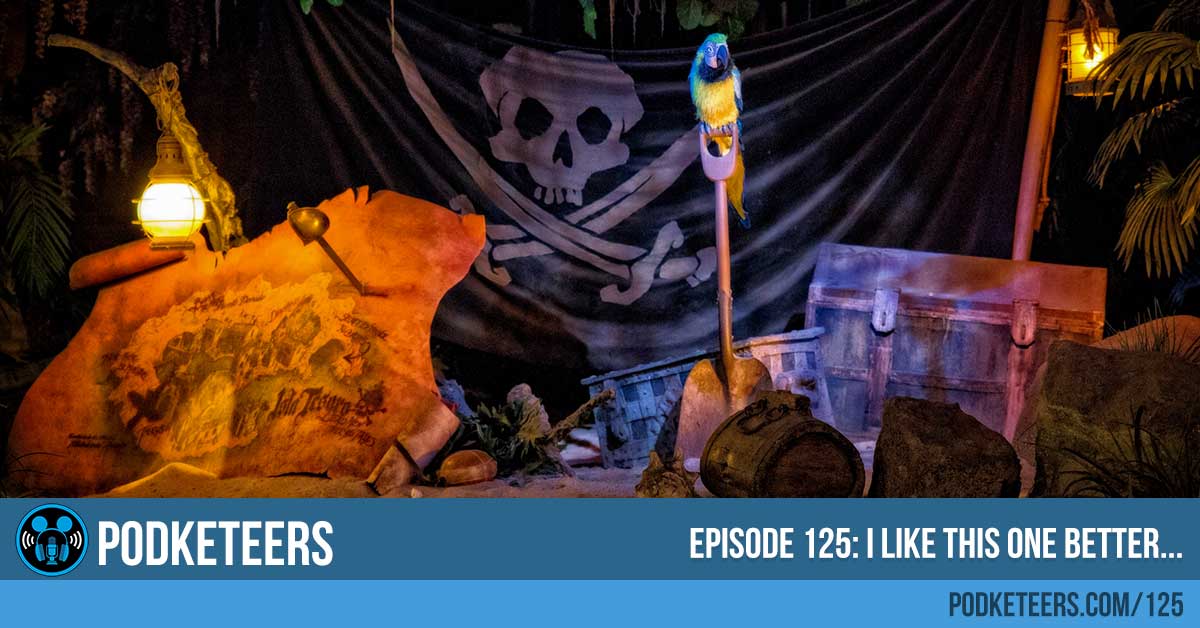 In this episode: In this episode the guys and I couldn't record on the same day so our pals VJ and AJ step up to help co-host the podcast! We talk about their upcoming trip to Walt Disney World, which coast they like certain attractions on and we even bring up the Golden Girls because, why not?

We wanna thank our pals DisneyFor2 for helping out with co-hosting duties this week! If you wanna follow their adventures you can do so using the links below:

Preparation for the upcoming FastPass system on the West Coast has continued and looks like it may be launching this month (tentative launch date is November 20, 2016) starting with Toy Story Midway Mania! at Disney California Adventure. We mentioned in the episode that there may be kiosks setup around the park for such a FastPass but it’s looking more like the new system will rely on the Disneyland app as a “day-of” service unlike Walt Disney World’s system which allows reservations up to 90 days in advance. Many AP holders already use their Disneyland App to get into the park by scanning their phone at the turnstiles but you are still required to carry your physical card to get FastPass tickets at Disneyland. This trail run may be the first step in eliminating the need for the plastic AP card and maybe even going away from using the actual MagicBand since many guests already carry an internet connected device. Do you use your app to get into the park? Are you looking forward to possibly using your app for FastPass tickets? Leave a comment down below.

Yeah, we talked about the Golden Girls in this episode. Lol! The didn’t know where the show was filmed and thought it was at Hollywood Studios, so here you go (per Wikipedia):

The house’s address was mentioned as being 6151 Richmond Street, Miami. The outside model used in the shots of the house in the series was part of the backstage studio tour ride at Disney’s Hollywood Studios. This façade—along with the Empty Nest house—was among those destroyed in mid-2003, as Disney bulldozed the houses of “Residential Street” to make room for its “Lights, Motors, Action!” attraction. A hurricane that damaged the sets earlier also contributed to this decision. The façade is based on a real house in Brentwood, California, located at 245 N. Saltair Ave. and was used in the exterior shots during the first season of the show. Later, the producers built a new model at Walt Disney World in Florida.