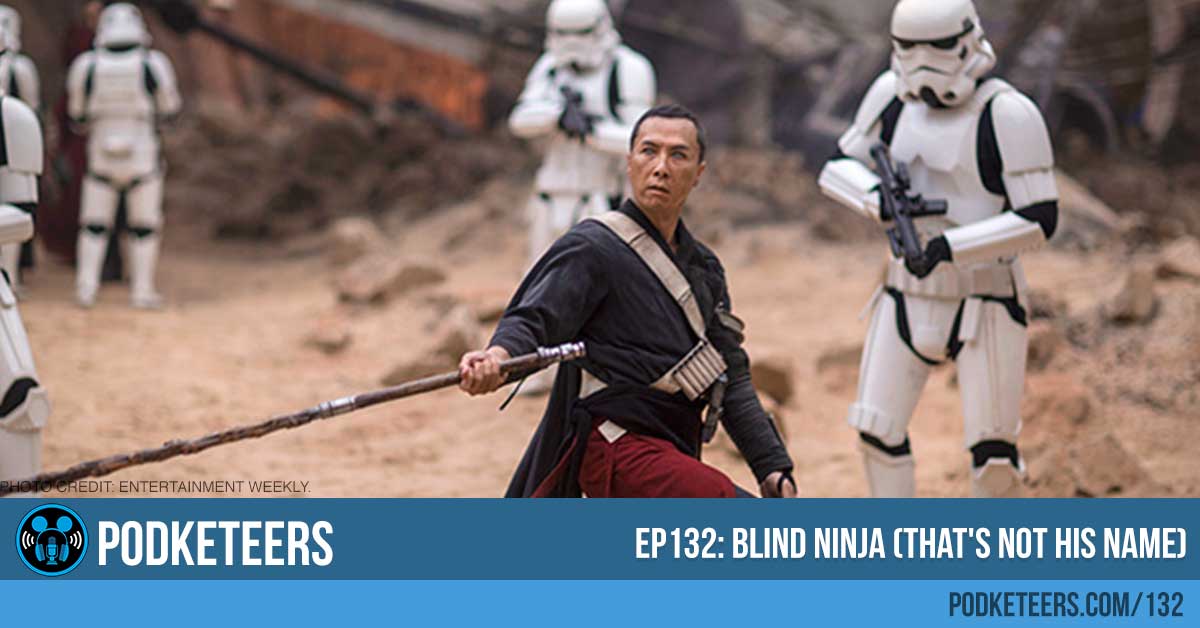 In this episode: In our final episode of 2016 finally watch and give our thoughts about Rogue One: A Star Wars Story, the new Iron Man Experience ride at Hong Kong Disneyland, another familiar face is confirmed for the upcoming film 'Mary Poppins Returns'.

The folks over at Attractions Magazine posted a full POV of the Iron Man Experience at Hong Kong Disneyland. The ride itself is very similar to the motion simulator type ride used for Star Tours or those found at Universal Theme Parks. Check it out below and let us know what you think. Also, how you would feel is Disney decided to put something like this in place of Star Tours after Star Wars Land opens?

Mary Poppins Returns is slowly taking shape and although the story is still being created we know that it will include Dick Van Dyke will be appearing in the film along with Julie Andrews. But what will their roles be considering Emily Blunt will play the lead as ‘Mary Poppins’ and Lin-Manuel Miranda possibly playing Bert? The film is set to take place 20 years after the original film and the story is speculated to revolve around Michael’s children and possibly a personal tragedy. Mary Poppins Returns is actually not one of the titles written by P.L. Travers, instead, the writers of the film will be taking adventures from the entire set of Mary Poppins stories to create the film. As more info is released we be sure to post it here.

In this episode we also talked about a fan made poster and trailer for a movie called Poppins directed by Tim Burton. This was a hoax. Would you like to see a Mary Poppins film directed b y Tim Burton? Would it ruin Mary Poppins? Check out the fake trailer and leave your comments down below.

BTW, DO NOT go to the link mentioned in the trailer. It is a spam link.

Here is the poster that we talked about too: 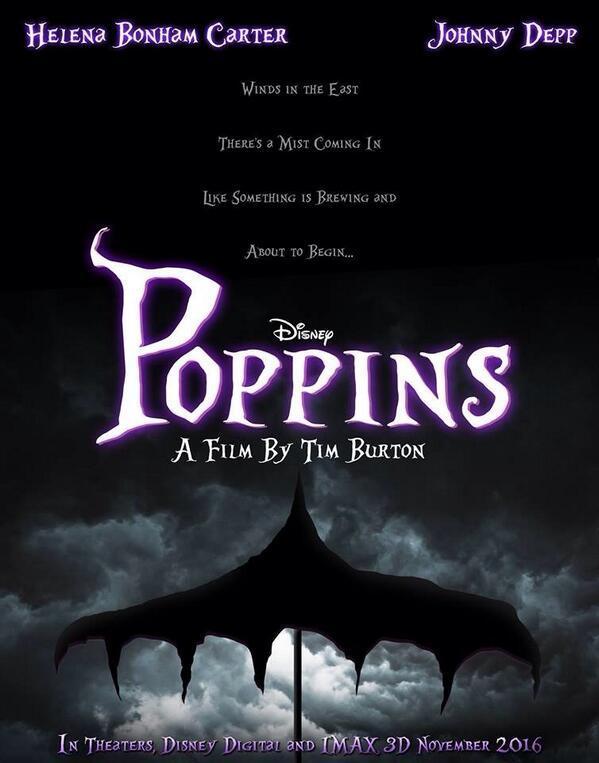