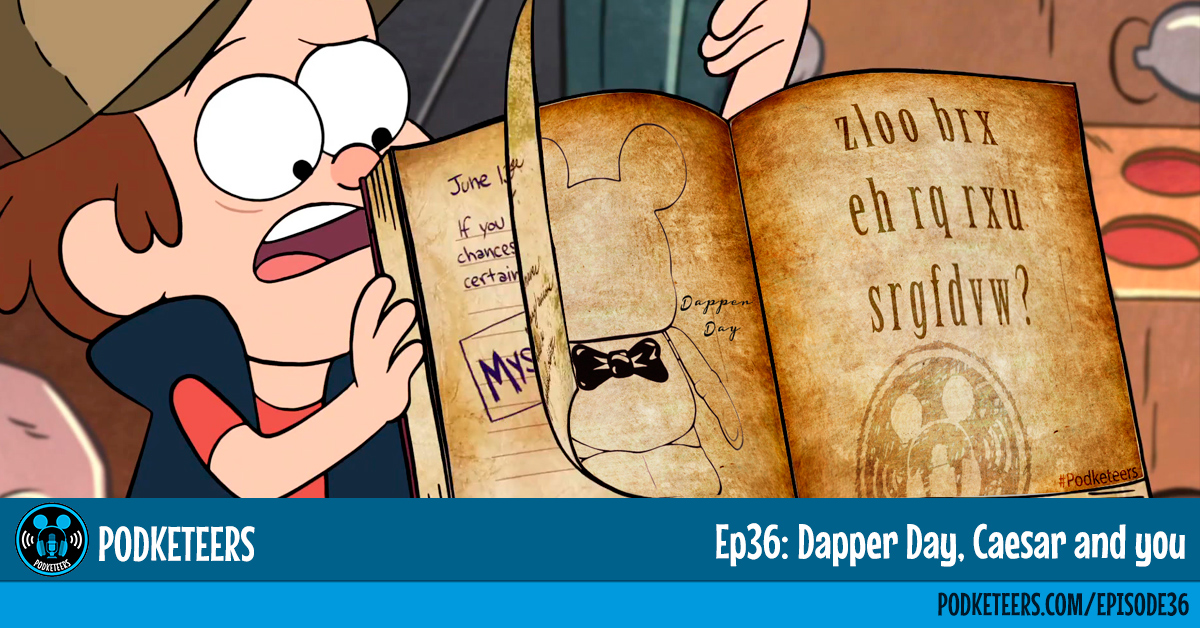 Ep36: Dapper Day, Caesar and you

In case you missed it, we did a quick write-up about Luigi’s Flying Tires closing. Click below to check out that post:

It’s that time of year again! Dapper Day is just around the corner which means that it’s also the time that people that haven’t been planning their Dapper Day outfit begin to get nervous about what they’re wearing. In this episode Mario talks about two shows that would inspire his “dream outfit”, they are called ‘Peaky Blinders’ and ‘Boardwalk Empire’. Here is are a couple of images of how the guys dressed on those shows: 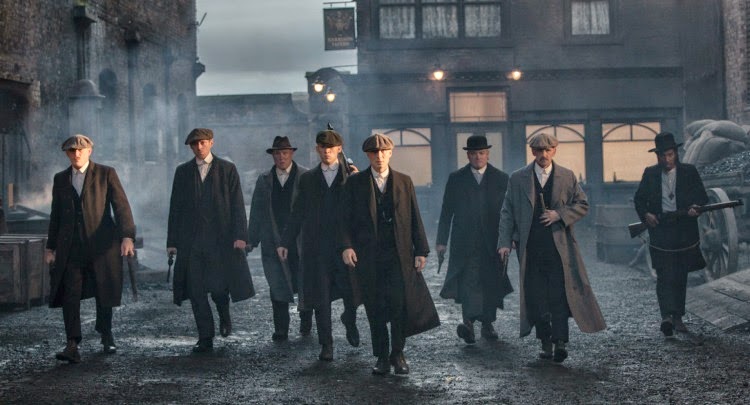 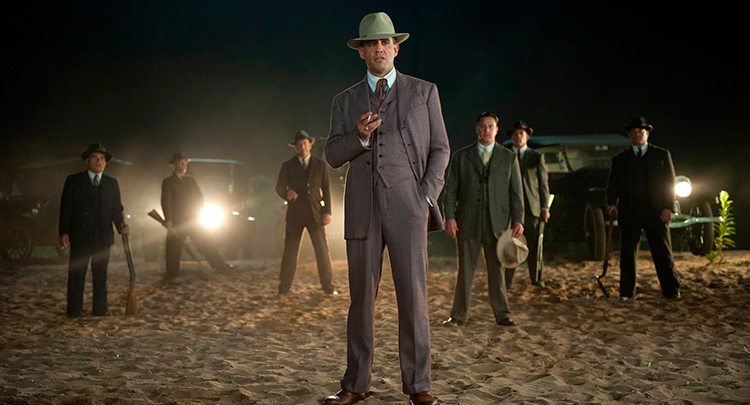 Both of Mario’s choices are very standard attire for the era between the 1920’s and 1930’s. Heyzen’s “dream” outfit would consist of an outfit from the tv show ‘Doctor Who’. That outfit belongs to the 11th Doctor (played by Matt Smith). It’s a mish-mash of Victorian, with a little from the 1920’s and more recently a little “geek chic”. What do you think? 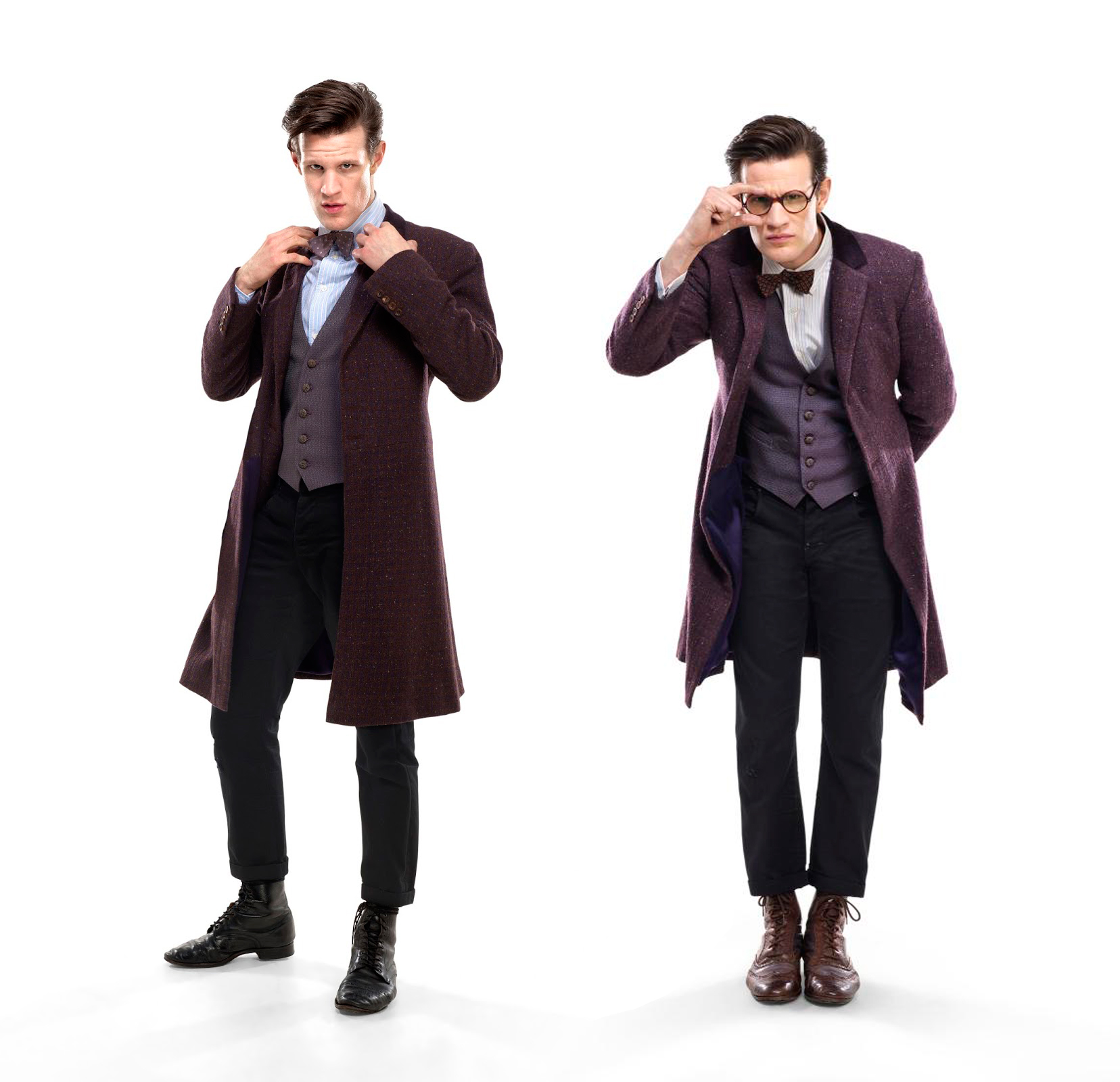 While at Dapper Day last year, Heyzen (unknowingly) ran into Jen and Dyllan. Jen is known as “@thatawkwardgirl” on Instagram, Twitter and YouTube and it just so happens that she put up some videos that can help you get dressed for Dapper Day along with the photo that Heyzen of both Jen and Dyllan. 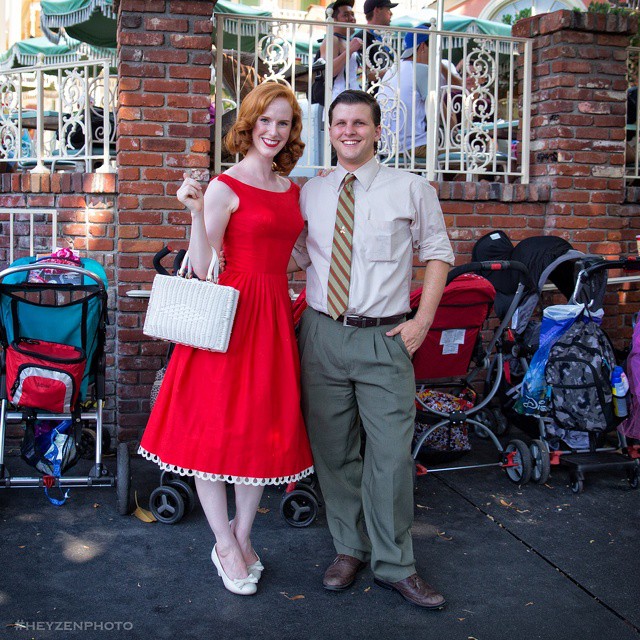 If you’ll be heading out to Dapper Day (Sunday, March 1, 2015) make sure to tag us (@Podketeers) on Instagram and Twitter so that we can either meet-up or repost your photos from the day!

Here is the drawing of Grunkle Stan that Mario put on the box that contained the shirt for Alex. We still don’t know if Alex received the shirt that Mario took to the studio and almost hand-delivered (the story is on the podcast). We’re hoping we get a a reply about the shirt.  Regardless, we would really like to have Alex on the podcast so although we mentioned it on the podcast, we need your help! If you would like to help us get Alex Hirsch (creator of Gravity Falls) on the podcast, please follow him on Twitter (@_AlexHirsch) and ask him (politely) to consider being on our podcast. Also, please use the hashtag #HirschOnPodketeers. Also, if you were interested in purchasing some of the Gravity Falls toys, use our affiliate and find them on Amazon by clicking on one of the toy images below:

Were you keep up with us on Instagram as we posted the messages to Alex? They were all “encoded” using a very simple method actually used on Gravity Falls called the Caesar cipher. This basic cipher requires that you “shift letters in the alphabet so that every letter is replaced by another. Here are the graphics: 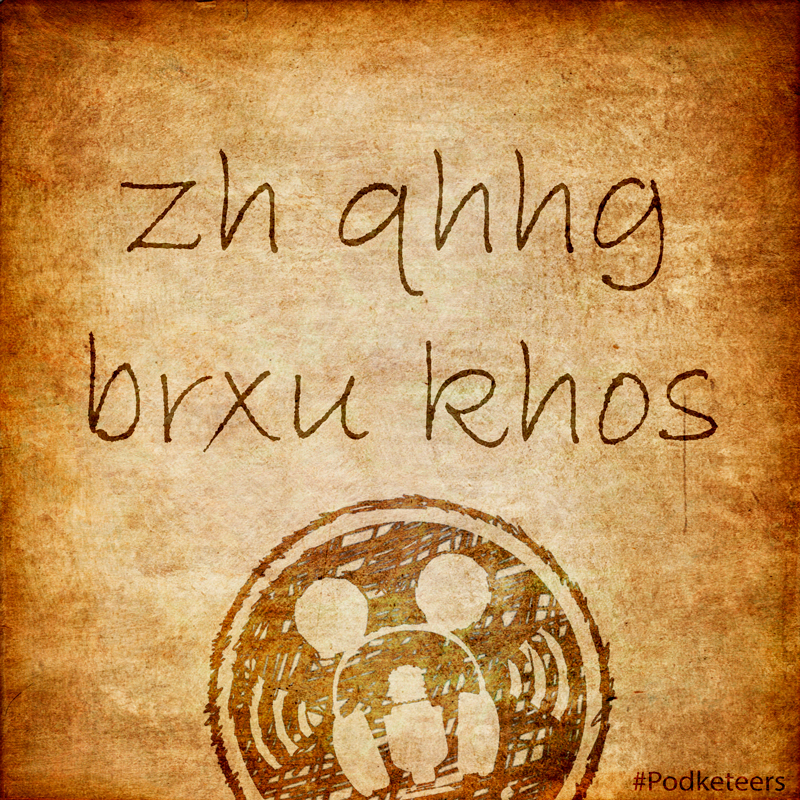 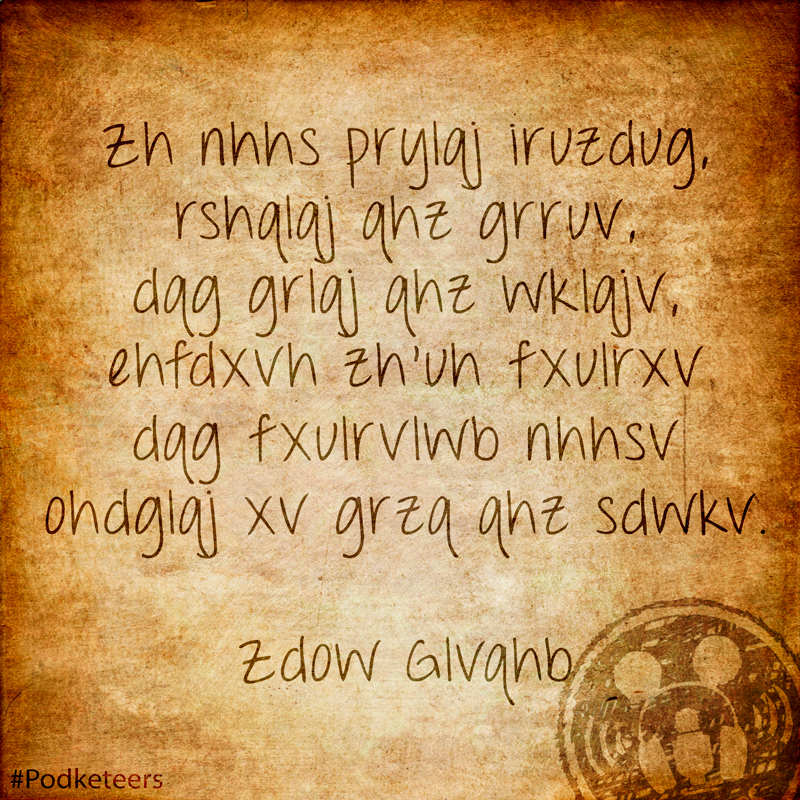 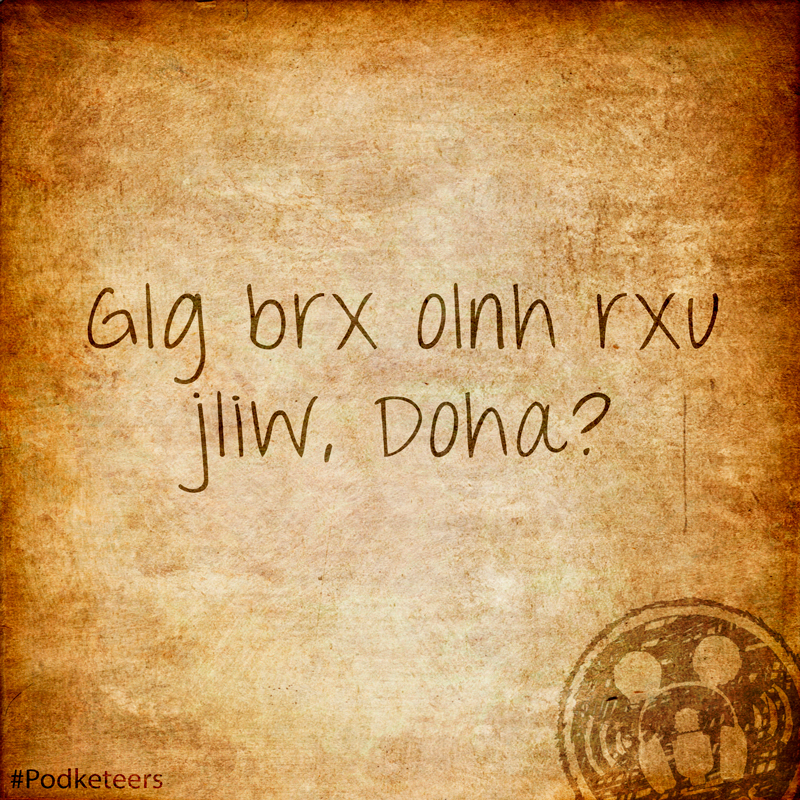 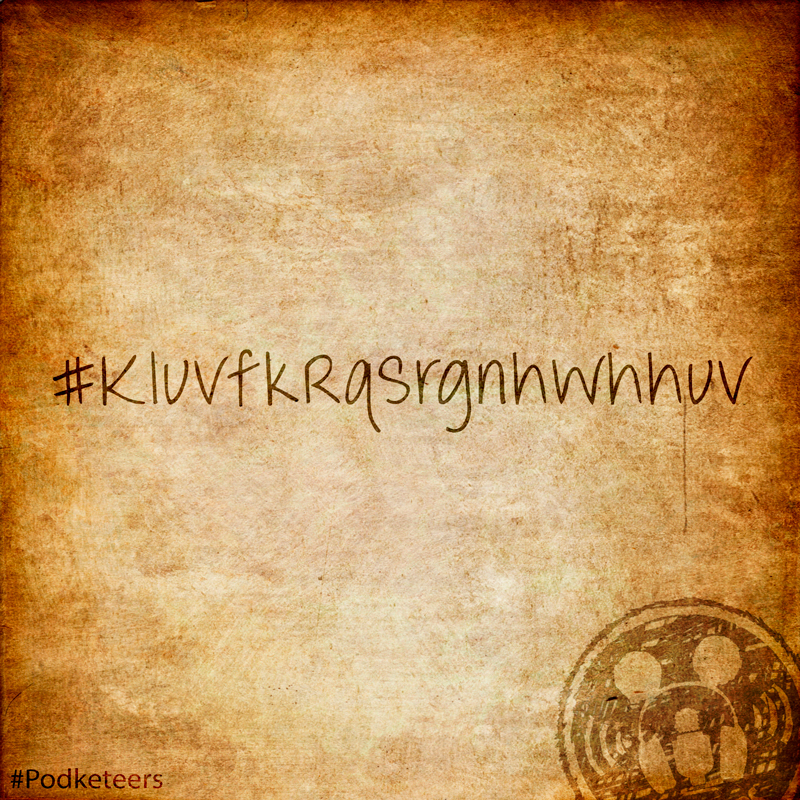 The four messages were followed by a 15-second video:

Remember, you can help us try to get Alex on the podcast by sending him a tweet with the hashtag #HirschOnPodketeers.

← Prices increase at Disneyland DuckTales is making a comeback in 2017! Woo-oo! →