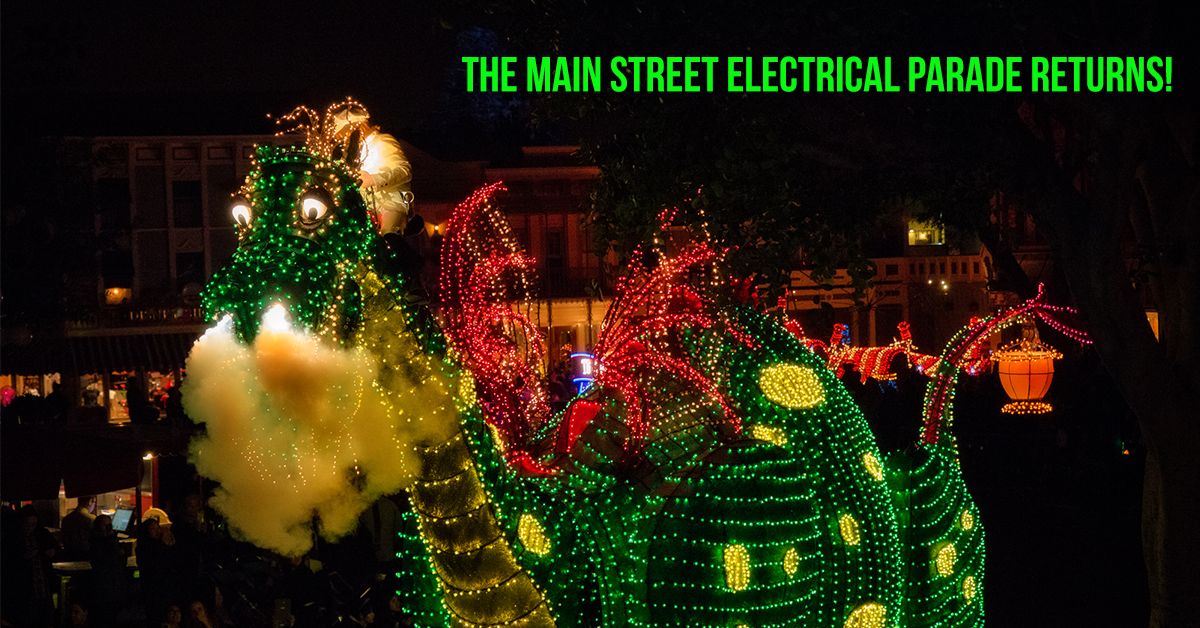 In this episode: The Main Street Electrical Parade returns to the Disneyland Resort for a special summer engagement!

The Main Street Electrical Parade has dazzled audiences since June of 1972! Since then the parade (and versions of it) have appeared in several Disney parks around the world. This summer the nighttime spectacular it makes its triumphant return for a limited-time engagement with nightly shows from August 2 to September 30.

Note: If you don’t see the countdown timer on the bottom left-hand corner of the video click the play button.

UPDATE: The live stream is now over but you can enjoy the replay below!

What’s your favorite Main Street Electrical Parade float? Let us know in the comments below!