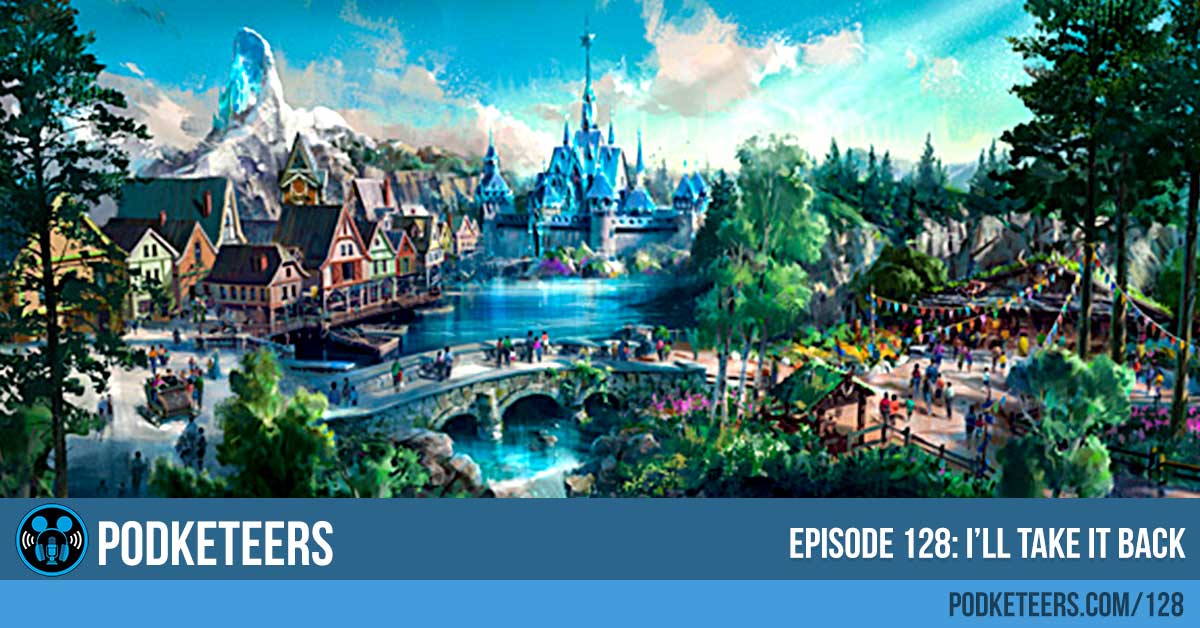 In this episode: In this episode we talk about YouTuber Casey Neistat quitting his daily vlog, the new Cars 3 trailer, a peek into the world of Pandora's new animatronics and new attractions and castle coming to Hong Kong Disneyland!

Popular YouTuber, Casey Neistat, ended his daily vlog recently. He inspired many people to jump into vlogging or change the way that they did it by bringing high-quality video and other techniques not commonly used in vlogs prior to his success. His massive viewer base had a reach in the millions and he stated in his final vlog that he couldn’t move on to his next big thing without letting go of the vlog and stated “this experiment, is over”. We know that Casey will be moving on to much larger things after this. Below is the Aladdin video that he produced (for another YouTube channel) that we talked about in this episode. Also, if you knew about Casey Neistat leave a comment down below. We’d love to know what you think about this.

Cars 3 has a trailer and  it looks like it is catering to a much older demographic with a darker and grittier look. At first glance this seems like it’s very “unlike” Disney-Pixar and in some ways this is true but this is also coming from the group that used an opening sequence to tell us an amazing love story only to break our hearts roughly 10 minutes later (Up!). The movie looks like it might be a “Hudson Hornet” re-telling with Lightning McQueen at he helm of the new plot but we’ll need to (at least) wait for the next trailer to get more insight into what the film will be about. Check out the trailer below and let us know what you think about the trailer and what you think the movie will be about.

Animatronics have come a long way since the first bird in the Tiki room. We got a glance at the Na’vi River Journey Shaman that will be a part of the World of Pandora when it opens at Disney’s Animal Kingdom at Walt Disney World. We love how much better the facial movements look considering how difficult it is to replicate the shapes that your face takes during speech.  What do you think about how it looks?

Check out the concept art for the redesign of Hong Kong Disneyland’s $1.4 billion expansion. It doesn’t look like the castle will be Queen Elsa’s because the concept includes the Ice Queen’s castle in the background. With Shanghai’s Enchanted Storybook Castle being the first to feature all the Princesses rather than a single one. It will be interesting to see if the castle will still be considered Sleeping Beauty Castle or if it will be re-themed.

Have you been to Hong Kong Disneyland (or Shanghai)? Let us know what you think about the expansion plans below.