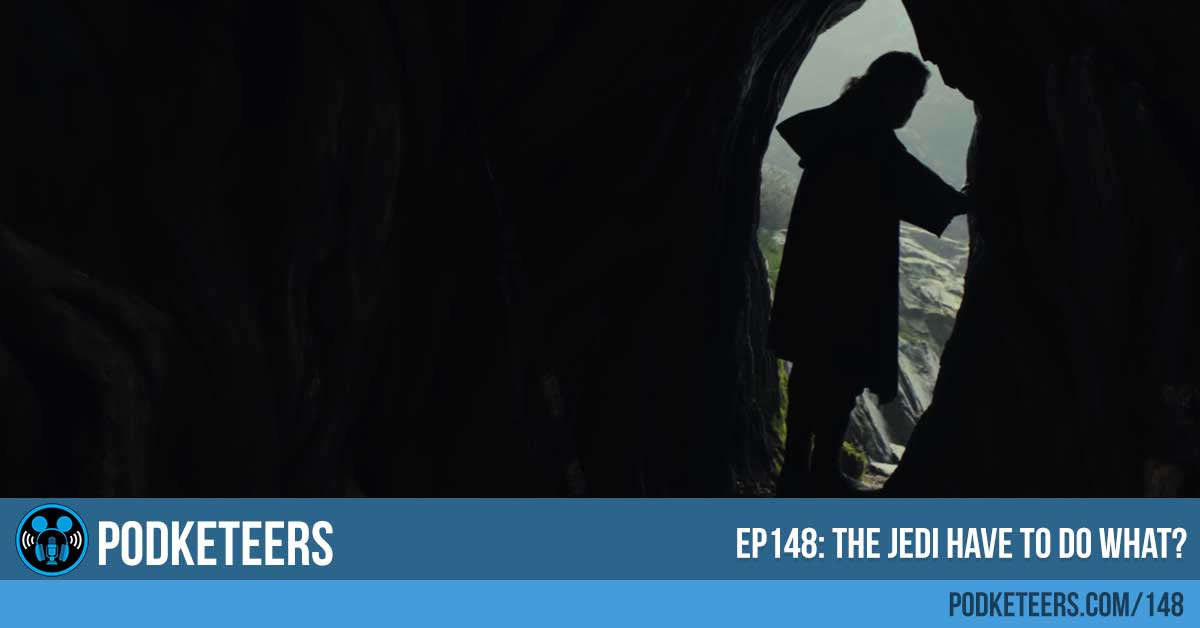 In this episode: So much awesome in the trailer for 'Star Wars: The Last Jedi' and Mario gives his theory on it, Force for Change charity event has kicked off once again, and Club 33 is going to Walt Disney World.

Lucasfilm and Omaze have once again teamed up and is relaunching their “Force for Change” charity campaign. Mark Hamill and Daisy Ridley kicked off the campaign with a short video (which you can watch below). As Star Wars also celebrates 40 years of the franchise there are some pretty good prizes attached to the campaign. For instance, you have the chance to win a part in the upcoming Han Solo movie, attend the premiere for Star Wars: The Last Jedi, or spend a night at Skywalker Ranch which includes a personal tour of their archives!

This year the donations will go to The Starlight Children’s Foundation and UNICEF. So between now and May 11, 2017 every dollar that you donate becomes an entry into the giveaways plus there are perks for specific amounts (i.e. digital badges for $15 contributions, shirts for $100 contributions and of course a private screening of the Star Wars: The Last Jedi for a contribution starting at $25,000. More information can be found on the Omaze website by clicking the link below:

This last week you may have seen the new trailer for Star Wars: The Last Jedi. There is SO much awesome in this trailer and we had to keep watching over and over. Mario gave his take on the meaning of the title and the messages in the trailer. Just in case you haven’t seen the trailer or you just want to see it again we posted it below. As many of you know we’re still fairly new to the Star Wars fandom so we’d love to hear your thoughts on what things work and what doesn’t from Mario’s theory. If you’ve listened to the episode let us know what you think in the comments down below. Your comments may appear in a future episode! 🙂 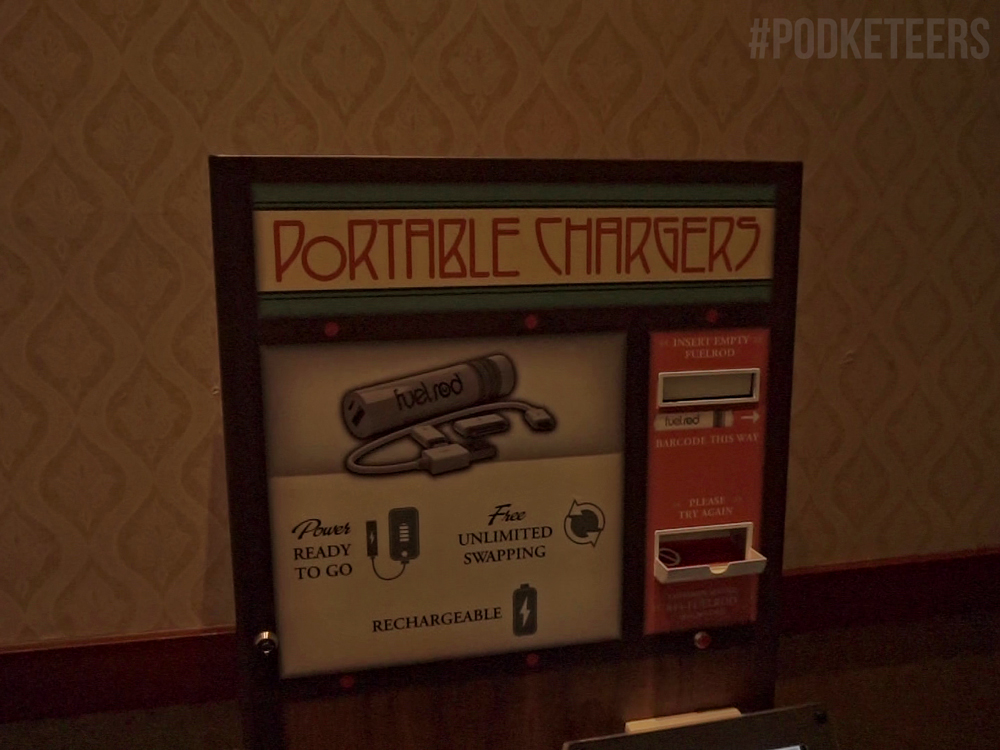 This is a sample of one of the kiosks for the battery packs (or “Charging Systems”) that we talked about in this episode. A battery pack is $30 and it includes:

You have two options when your battery pack runs out of juice, you can either plug it into your computer (or A/C adapter USB charger like ones included with most phones) and you can drop it in a battery kiosk and get a freshly charged battery pack for free.

As of this post there are 10 locations with the Charging System:

Club 33 was long known as a secret place in the alleys of New Orleans Square. Originally designed for Walt Disney to entertain VIP guests, family, and friends the private club has seem changes over the years but has always tried to continue to be an upscale sanctuary at the resort. One of the things that has made Club 33 so special is the limited availability and exclusivity. When Buena Vista Street opened at Disney California Adventure a new club was added, 1901. Although 1901 is more of a lounge area for drinks versus an entire dining experience there is still exclusivity.

Via an announcement from a Disney spokesperson this last week, Club 33 is branching out to Walt Disney World in not 1 but 4 locations (Magic Kingdom, EPCOT, Animal Kingdom, and Hollywood Studios. At the time of the recording we thought members of Club 33 at Disneyland would have access to the new clubs but that won’t be the case. A separate membership + fee will be required. It is anticipated that the  initial membership may range up to $30,000 + annual dues but no official word from Disney on the cost.

So what do you think about Club 33 heading to Walt Disney World? Does this ruin the exclusivity of Walt’s club? Give us your thoughts down below!