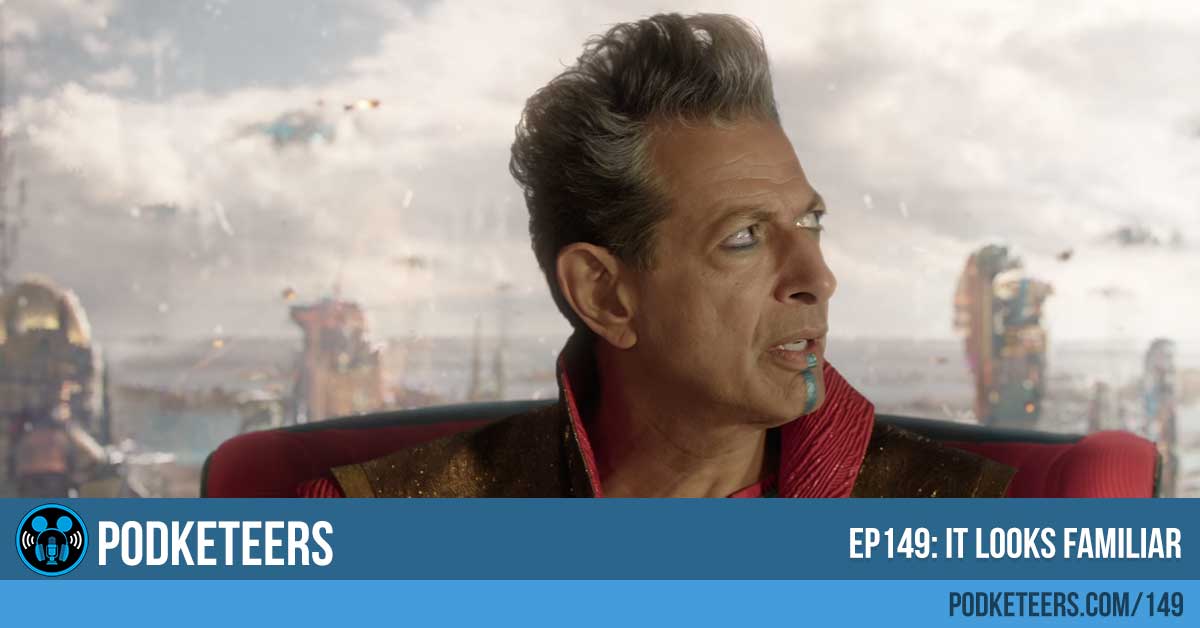 In this episode: This week: Random Mario returns! Our comments on who is in talks to play the genie in the upcoming live-action remake of Aladdin and who we think might be better for the part, a new commercial for Summer of Heroes at California Adventure is released, we talk about a suspiciously familiar looking building in the Thor Ragnarok trailer, a Tim Burton themed bar is making it's way to LA, we read some listener comments and are Gondolas coming back to WDW?

There is a rumor circulating that Will Smith is in talks to be the Genie in the upcoming live-action remake of Aladdin (being produced by Guy Ritchie). It’s not the first time that Will Smith’s name has been in the same conversation as a Disney movie because he was also in talks to be in the live-action adaptation of Dumbo (which would be produced by Tim Burton). Although Will Smith is a good in many of his roles we felt there might be other people that might fit the character a little better. One name we agreed on was comedian Gabriel Iglesias who put himself in the rumor mill with his tweet below:

RT #GabrielIglesias aka @FluffyGuy agrees to play "Genie" in the new Aladdin Movie if Will Smith turns it down. Make a call @Disney #Fluffy pic.twitter.com/dwyyT3PsPW

Another name we throw out there is Kevin Hart. But what do you think? Who would you like to see play the Genie? Let us know in the comments below!

The Summer of Heroes will be underway soon and a new commercial has been released (below). After watching it we just want… nay, need to know… will we see Baby Groot! A post on the Disney Parks Blog confirmed that we would get a chance to meet Groot but everything pointed to “full-size” Groot. Has this commercial shown us an alternate meet n’ greet? We sure hope so!

he trailer for Thor Ragnarok is cool (and yet a but confusing). There are many moments that make us feel that there may be a bit more comedy in this film which is great but what’s up with the 80’s graphics? Are the people of Asgard still using VHS tapes from the 80’s? Maybe this will be answered in the film but there was something we caught wind of that left us wondering as well: will The Collector’s fortress be in Thor: Ragnarok (aka ‘Guardians of the Galaxy – Mission: Breakout!’, aka formerly the Twilight Zone Tower of Terror)? The screenshot below seems to suggest so but it might also just be a coincidence. With Thor and the Guardians playing a part in the upcoming Inifinity War this might actually be The Collector’s fortress. What do you think? ‘Yup, it is!’, ‘Close enough’ or ‘no way’? Also, if you haven’t seen the trailer, check it out below.