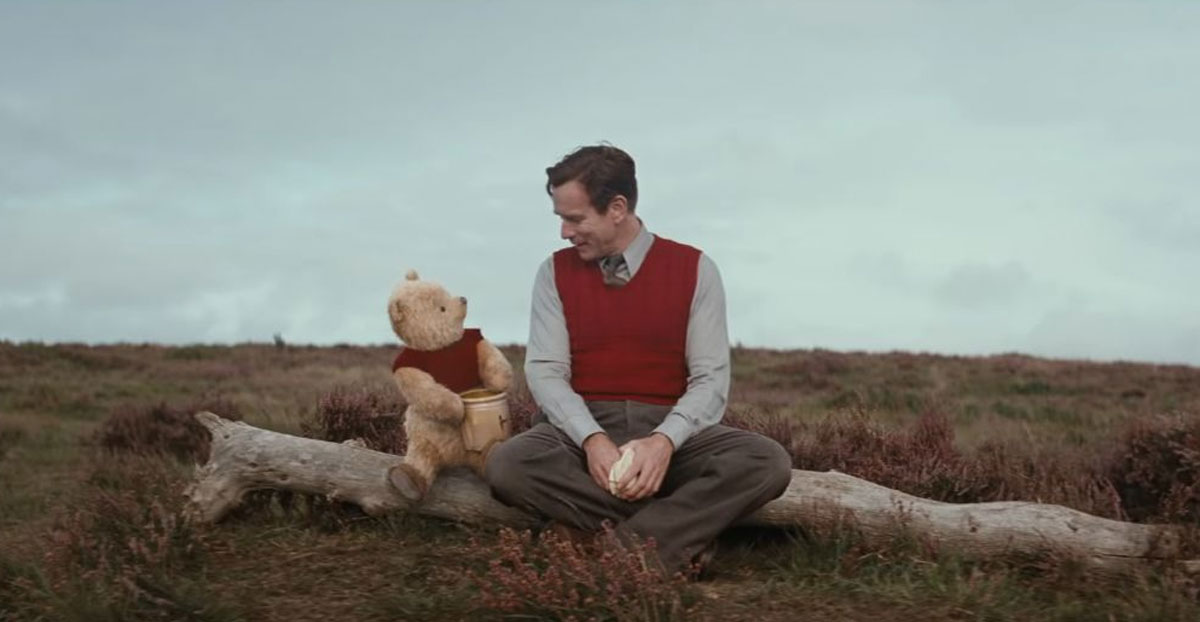 In this episode: Movie Review of 'Christopher Robin' (directed by Marc Forster) by Skyler of TheDisInsider.com

Christopher Robin was such an imaginative boy. He would always go visit his friends Winnie-the-Pooh, Tigger, Piglet, Eeyore, Rabbit, Kanga, Roo, and Owl in the Hundred Acre Woods. Christopher is getting older and that means he doesn’t have time to visit his friends. Time has past and Christopher is older, he now has a family and a job that are stressing him out. As Christopher starts questioning what should he do, a familiar bear appears out of the blue, seeing a much older boy.

The message that the film sends out is quite clear to understand. The message is simply, “you’re never too old to have fun!” Seeing how Christopher is now grumpy and trying to get Pooh back home. As stated before, Pooh brings out the child in Christopher. When Christopher arrives back to the Hundred Acre Woods, he’s having a blast!

The visuals for Winnie-the-Pooh and company are spectacular! They’re modeled after the stuffed animals they are based on and it works out for the best. There’s so much detail added to the characters, like Winnie-the-Pooh for example. When Christopher is young, Pooh is a vibrant yellow and looks brand new, and when Christopher is older, Pooh is faded and has grey hair on his nose. It’s all great to look at and it’s fun to see their movements and hear the sound of their voice.

The film does a great job at bringing back the memories of your childhood. There are many callbacks to the Winnie-the-Pooh adventures. So many callbacks like Pooh reciting his morning words, Eeyore being gloomy, and a creature that “haunts” the Hundred Acre Woods. It’s fun to look back at everything now older, much like Christopher Robin.

Parents are going to take their children to see this film, and that’s fine, but Christopher Robin is not a film targeted directly to children. It’s for the adults who grew up watching Winnie-the-Pooh, loving the show, movies, etc. Children would lose interest in the film due to the fact that there’s very limited time focused on Christopher Robin with Pooh and everyone.

In the end, Christopher Robin does a fine job continuing the story of Christopher Robin and Winnie-the-Pooh. The film lacks depth which in turn, hurt the film for what it was going for. Ewan McGregor does a fantastic job as an older Christopher Robin and the CGI characters have quite enjoyable scenes. The film also has a nice message behind it and it’s easy to grab. The film would have been better if the writers could have made Christopher’s real-world life much more interesting. However, it’s still a good time at the cinema, especially for fans of Winnie-The-Pooh.